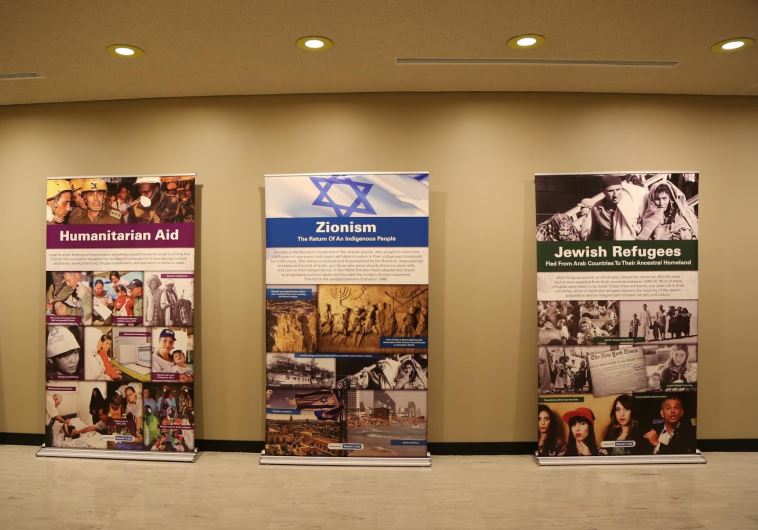 An exhibition held by Israel’s permanent mission to the UN on Monday at the UN headquarters was censored by the UN as three of the posters were considered “inappropriate.”

The exhibition, held in partnership with non-profit organization , is aimed at promoting Israel’s image, according to the organizers.

Three panels were withdrawn, but one of them defining Zionism as “the liberation movement of the Jewish people, who sought to overcome 1,900 years of oppression and regain self-determination in their indigenous homeland” was later on displayed again.

Israel’s Ambassador to the U.N Danny Danon said accepting the panel to be exhibited is a “clear win for Israeli diplomacy and a victory for the truth about Israel” as he called on the UN to lift the censorship on the remaining panels.

UN spokesman Stephane Dujarric said exhibitions within UN premises should be “in conformity with the purposes and principles” of the UN and competent authorities work towards ensuring that the area is “free from polemics.”