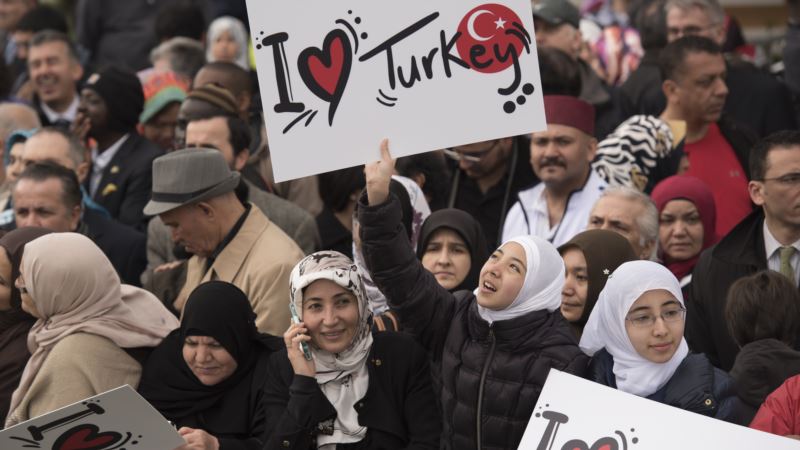 Turkish President Recep Tayyip Erdogan’s visit to the United States has been marred with controversies as the Turkish president, known for his outspokenness, alleged that Muslims are facing Islamophobia in Western countries and that none of these countries have experienced the vices of terrorism like Turkey did.

Erdogan was speaking at the opening of a Turkish-funded religious center in Maryland when he stated that since the 11 September 2001 attacks, “prejudice was orchestrated against Muslims in the West, including in the US” up to the point of considering “every Muslim a terrorist.”

Islam and terrorism have been matter of concern in the US presidential primaries campaign platform and Erdogan said he is surprised by the statements of some candidates.

Aspiring republican candidates Ted Cruz suggested that police should patrol Muslim neighborhoods while Donald Trump opined that a temporary ban should be introduced to stop Muslims from entering the country.

The Turkish president said Muslims are unfortunately being “pushed to choose between being either Muslim or American” as they continue to pay the price for the 2001 attacks.

Speaking about Turkey’s experience against terrorism, Erdogan acknowledged that “there is terrorism in Brussels and Paris now” but he minimized it saying it is “incomparable with the level of terrorism in Turkey.” He said Turkey has been combating terrorism for the past 35 years, referring to the PKK labeled by Ankara as a terrorist group. He urged western countries to consider terrorist attacks elsewhere the same way they did for Paris and Brussels, arguing that the attacks against his country are worse than those committed in the West.

“No other force could harm Turkey more than these groups,” the Turkish president said before blaming European states for failing to extradite militants requested by Ankara.