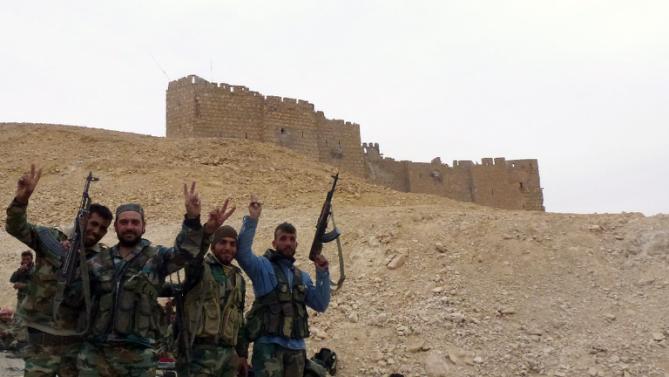 Syrian forces have claimed that after several weeks of battle, they have taken control of the desert city of Palmyra that they lost to the Islamic State in May 2015.

A military source told AFP that after heavy night fighting on Saturday, “the army is in full control” of both the ancient and residential neighborhoods of the city.

Kremlin is reported to have played an important role in retaking the city known as the “Pearl of the desert” with the Russian Center for the Syrian Ceasefire stating that the air force made 40 sorties over the past 24hrs in the area of the settlement of Tadmor near Palmyra killing more than 100 IS militants, destroying four tanks, three artillery pieces, four depots with ammunition and five motor vehicles.

The director of the Syrian Observatory for Human Rights Rami Abdel Rahman claimed the battle for Palmyra is “the heaviest” human loss that “IS has sustained in a single battle since its creation” with at least 400 militants dead.

Analysts said the recapturing of Palmyra has opened up much of Syria’s eastern desert, making it easier for regime troops to move on to IS’s de facto capital of Raqqa in northern Syria. The extremist group has lost more ground in recent months after it was driven out of the Iraqi cities of Ramadi, Tikrit and the Syrian town of al-Shadadi.

Palmyra is a UNESCO world heritage site but some of its historical structures were destroyed by IS because they are considered to be idolatrous. The famous Arch of Triumph, Temple of Baalshamin and Temple of Ba’al were all destroyed as well as the ancient fortress of Emir Fakhr-al-Din.

The victory is a major boost but the war still continues.