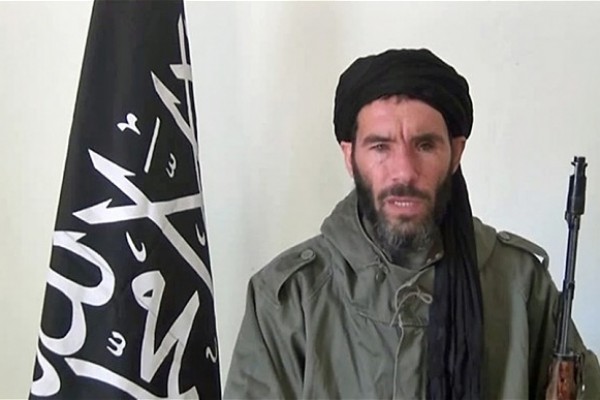 The shady deal struck by the Algerian army and AQIM, Al Qaeda in the Islamic Maghreb, during the January 17, 2013 hostage crisis, in the Algerian gas plant in Ain Amenas, was substantiated another time during a TV talk show aired on Wednesday by Tangiers-based Medi1 TV channel.

During the program “60 minutes pour comprendre”, the channel broadcast the contents of telephone talks between the terrorists holding the hostages and their leaders confirming there was coordination between Algerian army officers and Mokhtar Belmokhtar in this case.

The operation was carried out by “Signed in Blood” Katiba. At the time it was the latest group organized and led by the long-time Algerian rebel Mokhtar Belmokhtar.

These phone talks highlight the involvement of the Algerian army in the killing of foreign hostages at the Ain Amenas site. The hostage crisis had ended with the death of 40 employees from ten nationalities and 29 jihadists.

These details confirm the revelations made earlier by Wikileaks which published confidential e-mails received by Hillary Clinton, the former US Secretary of State.

One of these e-mails was on “Latest French Intel on Algeria hostage” and was dated January 18, 2013. It was sent by Sidney Blumenthal, a long-time confidant of Hilary Clinton and former aid to her husband Bill during his presidential tenure.

According to the e-mail, the Algerian government of President Abdelaziz Bouteflika was “surprised and disoriented” by the attacks and Algerian security officials feared that the January 17 operation might mark a resumption of the 20 year civil war, so “they resolved to deal with the situation with extreme force.”

The e-mail quoted sources as saying that “the fate of the hostages is a secondary consideration in this decision.”

The secret deal between the Algerian Army and intelligence services and Belmokhtar during the hostage crisis was not the first of its kind as the confidential e-mail to Hilary Clinton revealed a previous agreement dating back to April 2012.

“According to sources with access to the Algerian DGSE, the Bouteflika government reached a highly secret understanding with Belmokhtar after the kidnapping in April 2012 of the Algerian consul in GAO (Mali). Under this agreement Belmokhtar concentrated his operations in Mali, and occasionally, with the encouragement of the Algerian DGSE, attack Moroccan interests in Western Sahara, where the Algerians have territorial claims,” the e-mail states.

Other press reports had said that Algerian services had played a key role in the bloody events in Mali in 2011-2012, by exploiting the so-called “Ensar eddine” group, led by Algerian Lyad Ag Ghali, born in the Hoggar region of southern Algeria.

Some media outlets have even called for an international investigation to shed light on the very dangerous role played by Algeria in destabilizing the region.