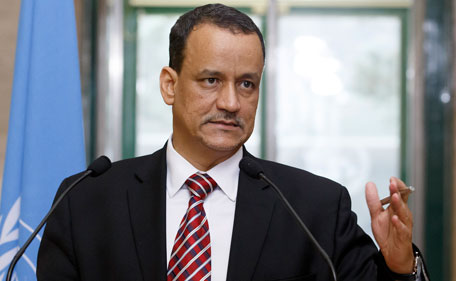 Positive developments could be made in the Yemeni war after UN special envoy for Yemen Ismail Ould Cheikh Ahmed announced a meeting of the warring parties will be held in Kuwait by the end of the month.

He said the parties have agreed on “the principle of holding a new round of talks.” The announcement came at a moment the Saudi-led coalition declared that “major combat phase” was nearing its end.

The UN Special envoy broke the news on Facebook in a post acknowledging the “positive and constructive talks” with the Houhtis leading to the talks. Yet, doubts still loom over the outcome of the upcoming talks because the government has been insisting that the rebels must first abide by the UN Security Council resolution 2216 which calls for their disarmament and withdrawal from occupied areas before peace talks can be tabled.

The talks will be preceded by a “week-long truce that could be renewed if respected” amid the intensified clashes in and around Taiz that pro-government forces backed by militia groups and the coalition forces are trying to takeover. The city is considered as the last major stronghold of the rebels that lies between the coalition forces and Sana’a.

Previous UN-sponsored negotiations between rebels and government officials failed to reach a breakthrough, and the most recent round ended in acrimony in December.

The UN Special envoy is hopeful that the new round will be positive.