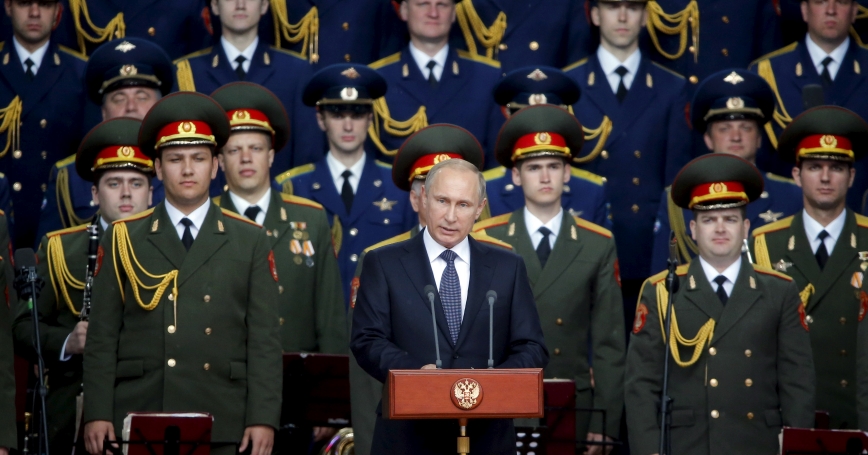 As the Syrian peace talks were just resuming in Geneva Monday, Russia unexpectedly announced that it would be pulling out the “bulk” of its troops from the war-torn country.

Both Damascus and the Kremlin announced that the decision was made in coordination between the two sides following a telephone conversation between Presidents Putin and Assad. The Kremlin stated that its forces “fulfilled the fundamental mission which had been assigned to them” while Damascus said “the whole subject happened in complete co-ordination… and is a step that was carefully and accurately studied for some time.”

While Russian forces at an air base near Latakia started loading equipment and making other technical preparations to start the pullout, the decision is setting off speculation about Russia’s intentions. Was there a misunderstanding between Putin and Assad or has Putin struck a deal with the United States? Is the Withdrawal economically motivated?

The Geneva talks have actually been a bone of contention between Damascus and the Kremlin, which wants to exert pressure on the Syrian Government to make it abide by its directives and sit for substantive talks. Pulling its forces from Syria may send a signal to Damascus and make it soften its position and finally negotiate in good faith for peace.

Some analysts claim that the decision was made just because the goal was fulfilled with the tide of the war turning and Assad regaining some strength while others explain the move by Russia’s economic problems and its desire to end a costly military operation.

Others speculate that the pulling of troops was part of an agreement with Washington, maybe to pave the way to an international coalition intervention against the Islamic State group in the region. Such a global coalition that Putin had called for last year before the United Nations General Assembly would end Russia’s isolation from the West, a more important challenge for Putin than Syria, analysts say.