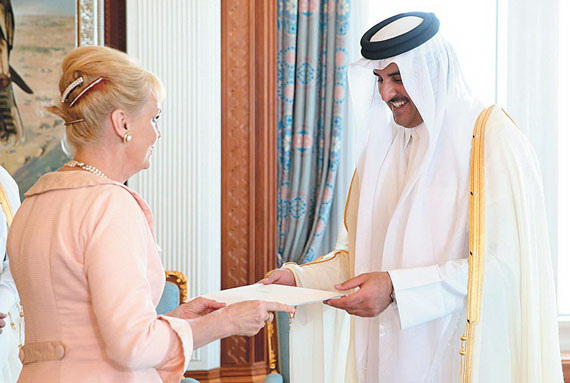 Sweden is offering tailor-made innovative and entrepreneurship development solutions to Qatar, part of efforts to establish a knowledge-based society.

Doha is battling to diversify its economy as low global hydrocarbon prices affect its economy and finances. Swedish Ambassador to Qatar, Ewa Polano, on the sidelines of the 3rd Entrepreneurship in Economic Development Forum said that they want the Gulf State to become a knowledge-based society.

The Swedish ambassador urged Qataris to make use of access to information and technology as she took Sweden as an example saying that it is a small country that has a lot of companies active in the global market. “Some of the Swedish innovations include refrigerator, tetra pack, ATM, Skype, Bluetooth among others” she stated.

Qatar has taken steps in being a knowledge-based society with its Qatar National Vision 2030 ambitions but Ambassador Ewa thinks that Sweden could contribute to the educational, healthcare, sports, medical tourism and other domains after acquiring a 100-year entrepreneurship experience. Ewa cited the importance of allocating some of the state resources to research and development to promote Small and Medium-sized Enterprises.

A delegation from Lund University will visit Qatar next week and would meet with senior government and academic officials as part of a follow up to the visit by Swedish Minister for Higher Education and Research Hellmark Knutsson. Several agreements are expected to be signed.

An optimistic Ewa said the partnership proposal being made by Stockholm would “offer Qatar an education for national administrator, for people from government, universities and the private sector” while the “national innovation system” to be developed “will have all that it takes to have a ‘triple-helix’ approach between the government, local universities and the private sector.”