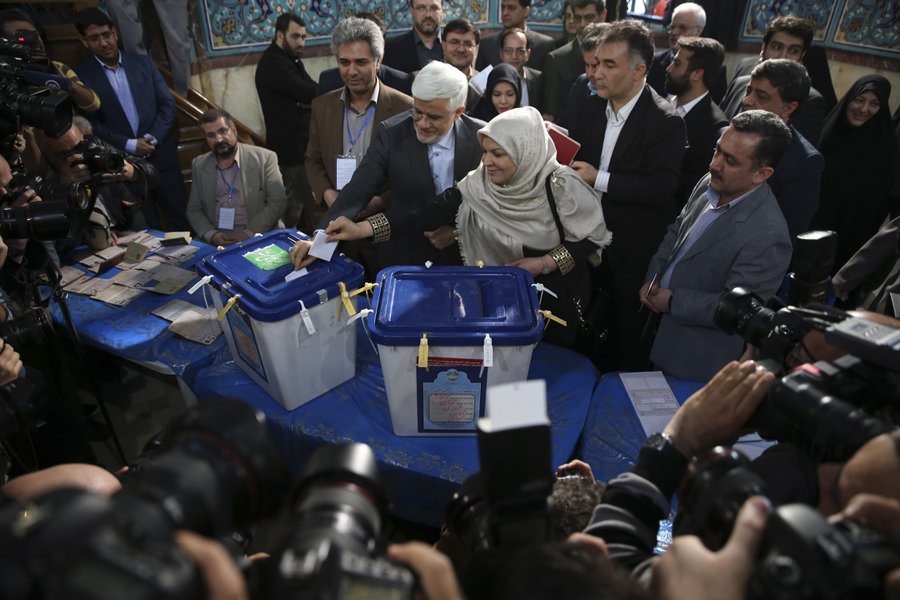 Almost 55million eligible Iranian voters are heading to the polls on Friday to elect 290 members of parliament and 88 clerics to the Assembly of Experts for 4 and 8year terms respectively.

The election is deemed crucial because it is the first after the lifting of sanctions and would determine the policies of the post-sanction Iran in the next few years.

President Rouhani has been unable to pass certain political and social reforms because the parliament was dominated by conservationists.

Shortly after casting his vote, Supreme Leader Ayatollah Ali Khamenei urged his compatriots to participate massively in the elections stating that “whoever likes Iran and its dignity, greatness and glory should vote” to “disappoint our enemies.” He added that “Iran has enemies. They are eyeing us greedily… People should be observant and vote with open eyes and should vote wisely.” Interior minister Abdolreza Rahmani Fazli predicted a turnout of 70%.

The week-long campaign ahead of the elections centered on the economy with the reformists encouraging foreign investment while the conservationists defend that Iran has a “resistance economy” and economic growth can be boosted by domestic production. Unemployment in the country is around 10% but it reaches 25% among the youth. More than half of the population is below 35.

President Rouhani earlier this week urged voters to participate in the elections in order “to build the future of the country with plenty of hope.” His first term in office will end next year and the outcome of the elections is expected to shape his remaining months in power and a potential bid for reelection. A pro-government coalition called ‘The List of Hope’ best represents the aspirations of Rouhani’s reformist ambitions.

Results could be available by Monday.