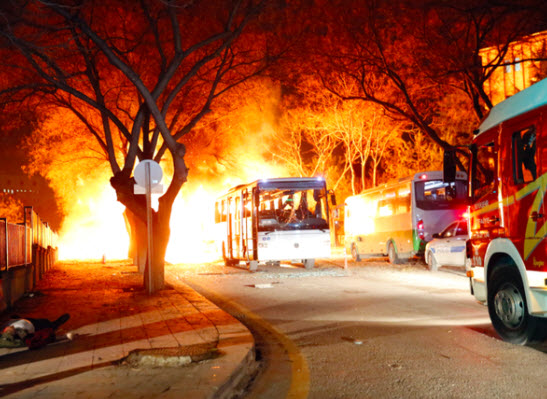 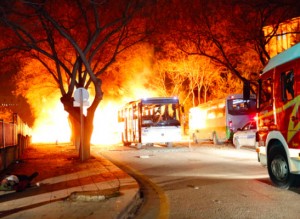 President Erdogan reiterated his Prime Minister’s claim that the Syrian Kurdish People’s Protection Units (YPG) carried out the Wednesday bombing in the capital which killed 28 people, most of them military personnel, and injured more than 60.

The Kurdistan Workers Party (PKK) is alleged to have supported the YPG to carry out the attack and the Turkish president said “there is evidence they were behind it” although both groups deny playing a role in the attack.

Hostilities between Turkey and the Kurds have been of major concern to Ankara especially after President Barack Obama’s special envoy’s visit to the YPG and the increasing control of territories by the group close to the Turkish border.

Erdogan said the US must choose between Turkey and the Kurds but now hopes that the latest attack will convince its allies that the PKK and the YPG are linked and share similar agendas.

The PKK, which has been fighting for Kurdish self-determination since 1984, is considered a terrorist organization by Turkey and its Western allies. Turkey has also designated the YPG a terrorist group, but its allies, including the United States, back the YPG in its fight against the Islamic State group.

Prime Minister Davutoglu said “a direct link between the attack and the YPG has been established” and the PKK provided the logistical support. He added that some members of the PKK and YPG member identified as Salih Necar carried out the attack. 14 people have already been arrested. YPG and the PKK continue to refute the accusations.

Earlier on Thursday, a military convoy struck an improvised explosive device in southeastern turkey leaving at least six people dead. No group has claimed the attack.