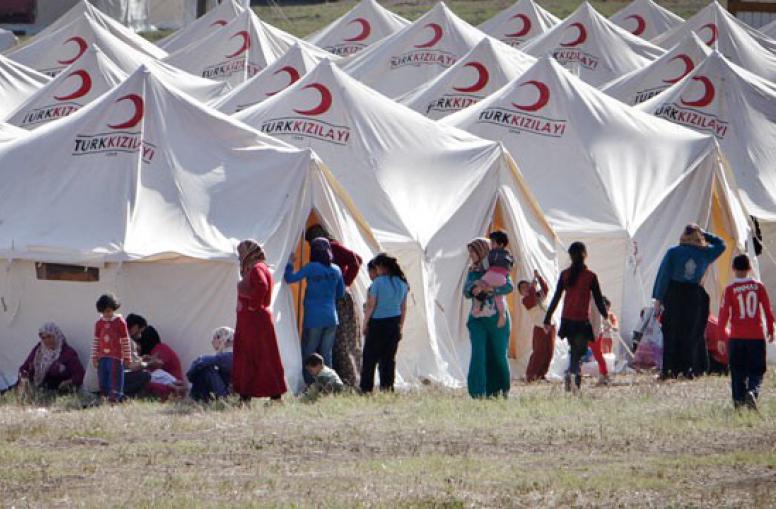 Turkey’s Prime Minister Davutoglu urged the EU to release the more than the €3billion it pledged to extend his country under an agreement signed in November 2015 to combat the influx of illegal migrants to Europe; mostly refugees fleeing wars in Syria and Iraq.

The Turkish Prime Minister recalled that “the root cause of this refugee crisis is not Turkey or anything related to Turkey.” Almost 3 million refugees are settled in the country and Ankara has already spent $10billion from its state’s coffers to accommodate these refugees. He stressed that the Turkish government is “not begging for money from the EU” despite being “the country which is most affected” by the refugee crisis because “for us, it’s a humanitarian duty; therefore the problem is not financial assistance.”

Davutoglu will be meeting with Germany’s Angela Merkel on Friday to discuss the refugee crisis and ahead of the meeting, he stated that he will call for “concrete steps” from the EU and ask for “solidarity” and “a sense of common destiny.”

The €3 million pledged by the EU is reportedly being blocked by Italy, a country also dealing with illegal migration from Libya. Davutoglu said the EU financial support is “just to show the political will to share the burden” but hinted that the burden could continue for a while because there are no signs of the wars ending soon. “We are not exporting a crisis – a crisis has been exported to Turkey. Now, it has become a European crisis,” he said.

Before his departure to Germany, Prime Minister Davutoglu told the World Economic Forum in Davos during a session dedicated to ‘Turkey’s Global Role’ that “Turkey is the country who is paying for all the instability in Syria and Iraq” which also includes terrorism.