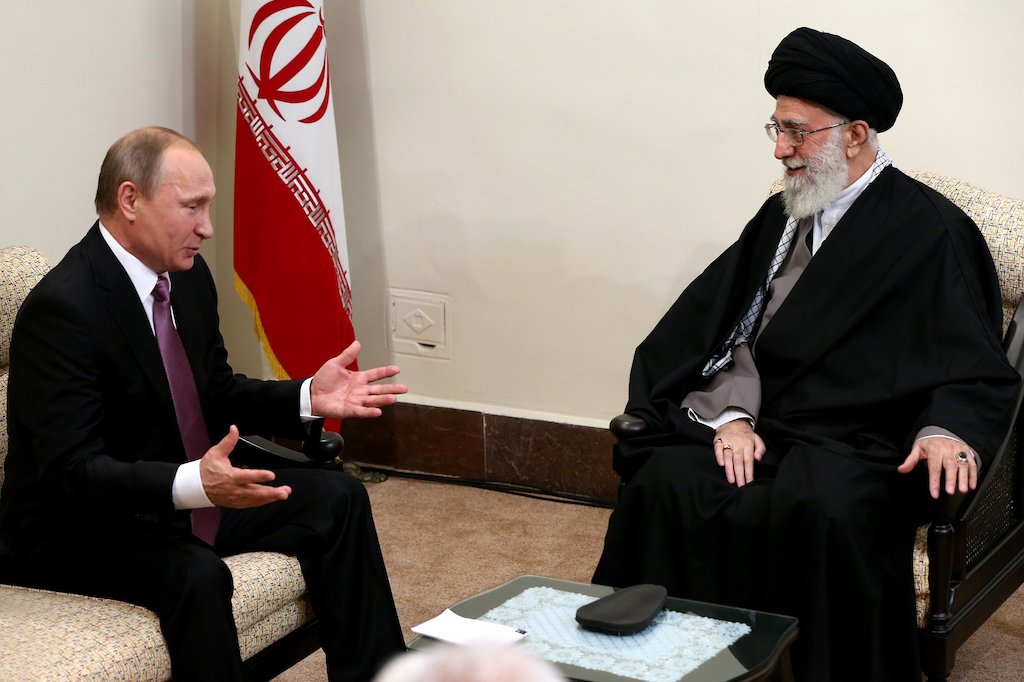 President Vladmir Putin who was in Tehran Monday assured the Supreme leader Ayatollah Khamenei of Russia’s support to Iran, a country that he described as “an independent and strong country with very good prospects.”

Putin said Moscow considers Iran as “a trustworthy and reliable ally in the region and the world.”

Iran and Russia share similar positions on regional and global matters, as on the Syrian war and the nuclear agreement between Iran and the so-called P5+1.

Putin said that they share “very close” stances on Syria and that the war “can only be resolved through political means.” Syrians should decide their fate through elections, he said.

Putin also shared Khamenei’s critical remarks against Washington when he said that U.S. long term scheme for the Middle East is “detrimental to all nations and countries.” Khamenei said such schemes should be halted as he the USA and its allies of pursuing determined objectives in Syria, mainly “to fill the historical void of not having dominance on West Asia.”

He accused Americans of always trying “to drive their rivals into a position of inaction, but you (Russia) have neutralized this policy.”

“Unlike certain parties, we are committed to never stab our partners in the back or take any behind-the-stage move against our friends and to resolve any differences that may arise through dialogue,” Putin stated.

In a boost to their ties, Russia will be sending nuclear technology to Iran.

At the end of the meeting, Khamenei received an ancient manuscript of the Holy Quran as a gift from Putin.