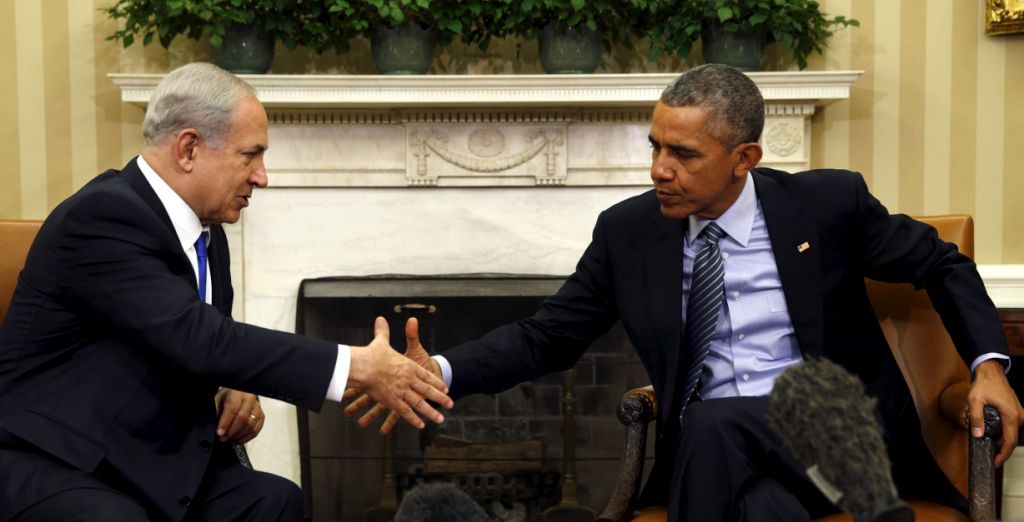 Prime Minister Benjamin Netanyahu who held his first meeting with President Barack Obama in thirteen months dubbed it “a very good and constructive meeting” and “one of the best” with “no arguments or confrontation.”

White House spokesman Josh Earnest told reporters that “a two-state solution was not going to happen” under Obama’s mandate and talks between Israeli and Palestinian authorities are “unlikely over the course of the next 14 or 15 months.” President Obama and Netanyahu have been divided over several issues in the Middle East especially resolving the Israeli-Palestinian conflict and the nuclear deal agreed with Iran.

Netanyahu said his government will “never give up hope for peace” and Israel is ready “to make peace with any of its neighbors that genuinely want to achieve peace with us.” He called for “practical ways” to calm the tension and increase stability but signaled that “Israel’s determination to defend itself against terror and destruction” should not be doubted.

At the beginning of the meeting, Obama condemned the recurrent knife attacks on “innocent Israeli citizens” and said the Jewish state’s security is a top priority to his government.

On the eve of parliamentary elections earlier this year, Netanyahu ruled out the possibility of a Palestinian state but withdrew his statement after winning the election. On Monday, he said a “two states for two peoples” solution is viable with “a demilitarized Palestinian state that recognizes the Jewish state.” Obama supports a political agreement that will satisfy “legitimate Palestinian aspirations” and not threatening Israel’s security.