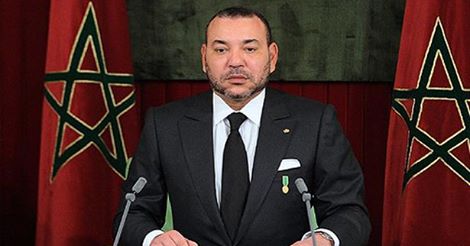 Morocco’s King Mohammed VI renewed his country’s commitment to implement the advanced regionalization plan where the Southern Provinces are front and center, pointing out that Morocco uses no empty slogans nor does it sell illusions but honors all its commitment.

“Today, advanced regionalization is a reality on the ground, with its institutions and its prerogatives…The implementation of advanced regionalization bolsters Morocco’s credibility and shows our country honors its commitments,” King Mohammed VI said in a speech he delivered from Laayoune, the capital city of the Sahara provinces, where he arrived earlier in the day for an official visit.

He announced that a series of program-contracts will be concluded between the central government and the regions to determine each party’s obligations regarding the execution of development projects.

“To make sure the Southern Provinces are front and center of the implementation of advanced regionalization, a series of program-contracts will be concluded between the central government and the regions to determine each party’s obligations regarding the execution of development projects,” the sovereign said in the speech delivered on the occasion of the 40th anniversary of the Green March that led to the recovery by Morocco of its southern provinces which were under Spanish rule.

The king called in this vein on the Government to speed up the adoption of legislative texts on devolution and to support this with the transfer of qualified human resources and funds, with a view to replicating that experience in the Kingdom’s other regions.

He also insisted on the need “to speed up the preparation of a real charter for administrative devolution that gives regional departments and agencies the prerogatives needed to run the region’s affairs at the local level.”

The king likewise insisted on the need “to ensure citizen’s participation through platforms and mechanisms for permanent dialogue and consultation so that the citizens may fully subscribe to programs and be involved in their implementation,” pointing out that the officials elected democratically at the level of regions enjoy the legitimacy to be the true representatives of the inhabitants of the southern provinces vis-à-vis national institutions as well as the international community.

“I therefore expect the inhabitants of our southern provinces and their representatives to live up to their responsibilities, now that we have set in place the institutional and development-related mechanisms for them to manage their affairs and cater for their needs,” King Mohammed VI went on saying.

The sovereign pointed out further that Morocco fulfilled its democracy pledges and commitments to enable the inhabitants of its southern provinces to run their local affairs. “They have now chosen their representatives and are freely and responsibly involved in local institutions.”

Touching on the issue of peace and security, the King asserted that the Moroccan Sahara is today “the safest area in the Sahel and Sahara region.

After he recalled that Morocco promised to come up with a specific development model for its southern provinces and that large-scale, defining projects that will generate wealth and create jobs have been launched, he said Morocco also “pledges to make the Moroccan Sahara a hub for communication and exchange with sub-Saharan African countries and to build the infrastructure needed to that end.”

King Mohammed VI who mentioned the huge infrastructure and other social, medical and educational major projects planned in the Sahara, pledged that all the means available will be mustered to implement these projects and make of the Sahara development a development model that will “seal these provinces’ integration into the unified homeland and to enhance the influence of the Sahara region as an economic hub and a crucial link between Morocco and its African roots.”

To support these initiatives, the king announced that an investment-friendly legal framework, guaranteeing conditions for clarity and competitiveness for both national and foreign investors, will be instituted, and that an economic development fund will be set up to expand the economic fabric, support businesses and the social economy, generate steady income and create jobs, particularly for young people.

The Moroccan Economic, Social and Environmental Council had worked out in 2013 a ten-year development plan for the Southern Provinces worth some €13 billion. The funds are to be partly supplied by the private sector.

The King was keen on stressing that “the revenue from natural resources will continue to be invested in the region, for the benefit of the local populations and in consultation and coordination with them,” turning down the claims that Morocco was unduly exploiting the Sahara resources.