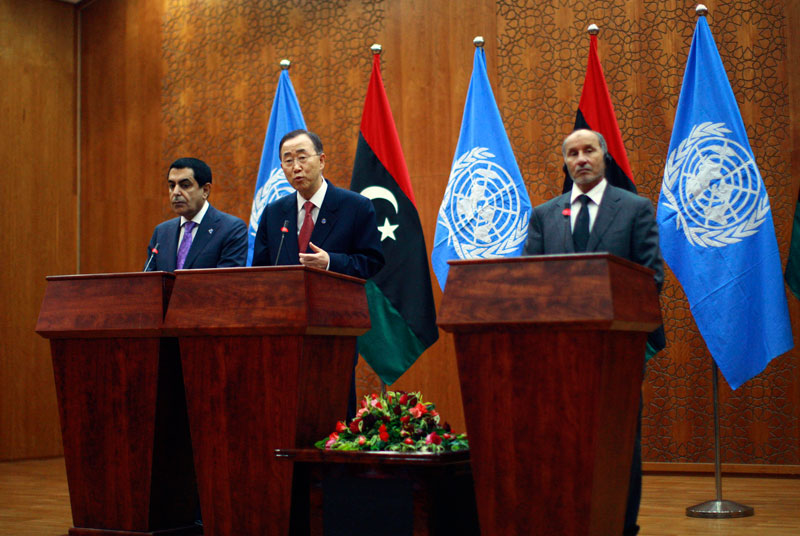 A statement released by the United Nations Support Mission in Libya (UNSMIL) on Monday stated that “extensive consultations with parties across the Libyan political spectrum” have been made and it has led to the reorganization of the Presidency Council, the political authority to oversee the transition.

The latest amendments of the Libyan Political Agreement according to the mission will increase the members of the Presidency Council from six to nine with a Prime Minister supported by five Deputy Prime Ministers and three senior ministers.

The statement explained that the newly proposed revision seeks a “fair and adequate representation for the east, more specifically Benghazi” while safeguarding “Libya’s historical traditions of geographical and regional balance and representation.” The draft agreement of the UN-led talks are yet to be formally approved or rejected by any of the two rival parliaments but their lack of action hints that they are unwilling to accept it.

The mission called for “an increased level of cooperation and partnership” among members of the Presidency Council and its larger group in order to make the implementation of the agreement successful although there is yet to be a meeting with the two governments since the draft was submitted for approval.

Meanwhile, the General National Congress foreign media spokesman, Jamal Zubia told The Telegraph that Tripoli would “stop protecting the gates of Europe…one day” if it is not recognized by European countries warning that “if we were not a responsible state, we would hire boats and send the migrants to Europe.” He said it is a “strategic threat” that worked for Gaddafi in 2005 as he stressed that “we cannot stay forever doing this craziness, spending lots of money on nothing” but detaining and caring for migrants