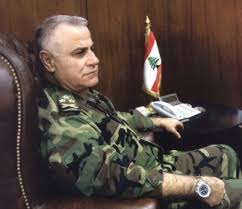 Lebanon seems about to overcome the salary delay crisis of the military after Defense Minister Samir Moqbel said Monday the funds will be transferred before Tuesday.

The salaries of Lebanese military officers and rank-and-file members have been delayed for more than 45 days because neither the cabinet nor the parliament convened to pass a decree needed to transfer the funds.

Army commander General Jean Kahwaji described this “unprecedented situation” of the army salary delays as “totally unacceptable.” He said this “did not happen even during the (civil) war.”

The military has been neutral in the political crisis that has barred the country from having a president for more than 17 months. General Kahwaji urged the politicians to “take care of Lebanon and take care of the army. The army is the salvation.”

Finance minister Ali Hassan Khalil said the funds were made available through an exceptional measure that avoids going through the parliament. He stressing that “the cabinet must meet to agree to the transfer of funds so we can cover the coming months without problems.”

Speaker of parliament Nabih Berri said such situations are dragging the country towards a “slow suicide.”

The army enjoys high esteem in Lebanon and seems to be the only state institution that has been functioning correctly despite the political crisis and has been the key to civil peace since the end of the 1975-1990 war.