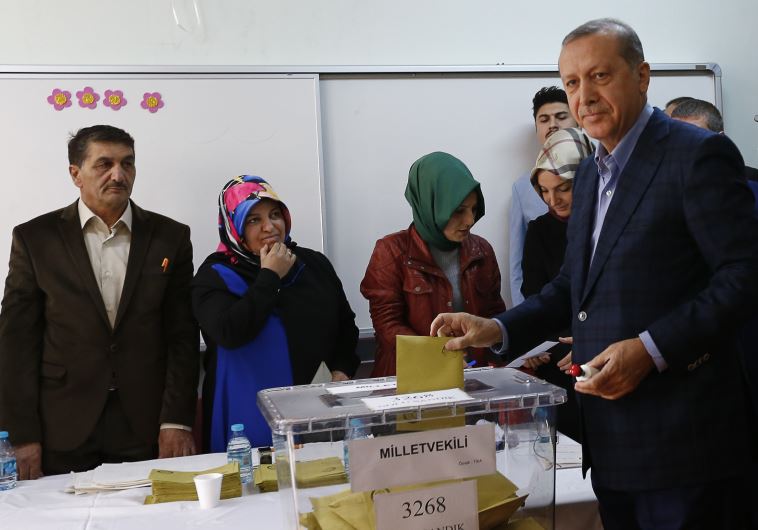 The parliamentary election organized after political parties failed to agree on a coalition government has swayed in favor of the ruling AK party allowing it to rule as a single party.

With almost all the votes counted, the party won 49% of casted votes enabling it to have a majority in the parliament followed by the Republican People’s Party (CHP), The Nationalist Movement Party (MHP) and the Peoples’ Democratic Party (HDP) which all secured the more than 10% vote necessary to have a seat in the parliament.

Leader of the AK party, Prime Minister Ahmet Davutoglu, told party supporters at his hometown, Konya, that “today is a victory for our democracy and our people” as they prepare to serve the country for another four year mandate.

The electoral results were unwelcomed by a senior official of CHP who described it as “simply a disaster” signaling the increasing division between political parties in Turkey.

The ruling party called on the opposition present in the parliament to work on a new constitution that is expected to change the President’s role from a ceremonial leader to a President invested with executive powers.

It is still unclear if the 550-seat parliament will support the proposal.

In the build-up to the elections, Erdogan stated that the polls presented an opportunity to restore stability after the recent bomb attacks in the country.

The results will also help strengthen the Turkish Lira which has been on a decline for the past few months after the failed negotiations of a coalition government shook investor confidence.