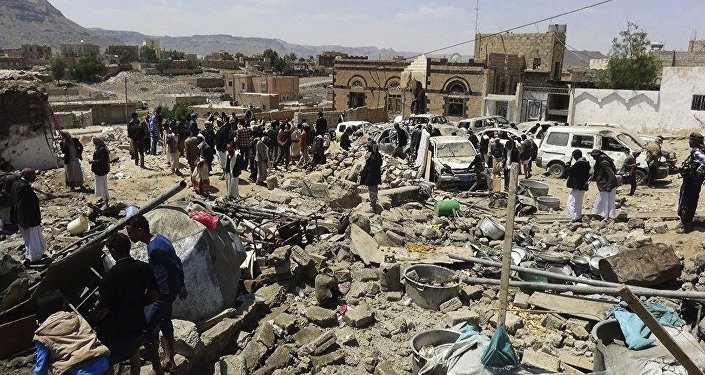 The Saudi-led coalition intervening g in Yemen has been accused of hitting a hospital run by Doctors Without Borders (MSF) in the Haydan district, but Riyadh has denied such allegations after U.N secretary General Ban ki-moon condemned the attack.

MSF said the attack happened on the day that it provided the hospital’s GPS coordinates to the coalition but Saudi Arabia’s ambassador to the U.N, Abdallah al-Mouallimi, said “the Arab coalition did not attack the hospital” because it was “within the forbidden targets” and the causes of the blast should be thoroughly investigated.

An estimated 200,000 people are expected to have no access to lifesaving medical care according to the MSF.

According to the head of the MSF project in Yemen, Hassan Bourcenine, the hospital was “hit by several airstrikes” but there were no casualties. MSF which described the bombing as “a violation of international humanitarian law” said it wants an explanation.

Ambassador Mouallimi acknowledged that they received GPS coordinates from MSF but they were “wrong coordinates of their location.” He pointed out that investigations on the bombing are ongoing and “all measures necessary to avoid such situations in the future” will be taken.

Meanwhile, Saudi Foreign Minister Adel al-Jubeir said at a joint press conference with his British counterpart in Riyadh that the Yemeni war “is nearing its end” after the Houthi Movement and former president Saleh accepted the conditions of the UN Security Council Resolution 2216 as basis for the upcoming talks.