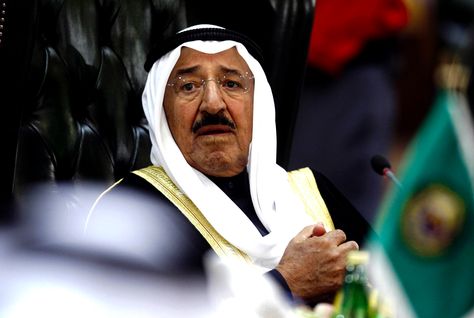 “There must be speedy, serious and urgent measures” to minimize the consequences,” Emir Sabah said on Tuesday before the Kuwaiti parliament.

Kuwait generates around 90% of its income from oil and has a fiscal reserve of around $600 billion. An International Monetary Fund report released last week stated that the reserve would be enough to last for 23 years.

Emir Sabah said that state income has fallen by 60% and yet “public spending proceeded unchanged and without any cuts” thereby leading to a budget deficit. This deficit, he said, “is a burden and hinders our development aspirations.”

He said reforms targeting public spending and defects in national economy should be quickly undertaken because “delays will aggravate the situation, which will require greater efforts and cost a higher price.”

Hydrocarbon subsidies were lifted at the beginning of the year and other sectors are expected to follow despite public outcry against it. Kuwait is considered the most oil-dependent of the six GCC states with the least diversified economy, but the Emir said the current challenges present an opportunity to correct the economic approach by seeking other sources of income and bolstering resources.

In his address before the Parliament, he also dwelt on security issues and the threat posed by terrorism, pointing out that Kuwait’s security is intertwined with that of the Gulf Cooperation Council (GCC).

The Emir vowed that his country will spare no efforts nor funds to bolster internal security before he called for a pan-Arabism “that may save the nation from the abyss and restore its pride and immunity.”