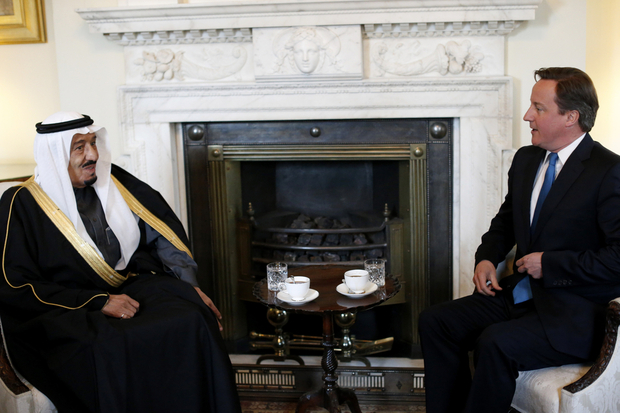 ““This bid to provide the additional training to Saudi Arabia has been reviewed and the government has decided that it won’t be proceeding with the bid,” said a spokesperson from the Prime Minister’s office.

“The review has been ongoing following the decision that was announced earlier in September to close down the Just Solutions International branch of the Ministry of Justice that was providing some of these services.”

The British government decision was fast-tracked after Karl Andree, a British citizen has been arrested and sentenced to 12 month in prison in addition to 350 flogs after he was charged with possession of homemade alcohol.

Andree, 74, has been living in Saudi Arabia for 25 years and his family said he could not survive the flogging and urged the British Prime Minister to intervene personally and secure the return of their father.

Right groups and opposition parties have criticized the British government for the 5.9 million-pound ($9 million) deal with Saudi Arabia, a country they deem repressive of human rights.

Labor Party leader, Jeremy Corbyn hailed the cabinet’s pull-out of the bid adding that London should make it clear to repressive regimes that the UK is a world human rights advocate.