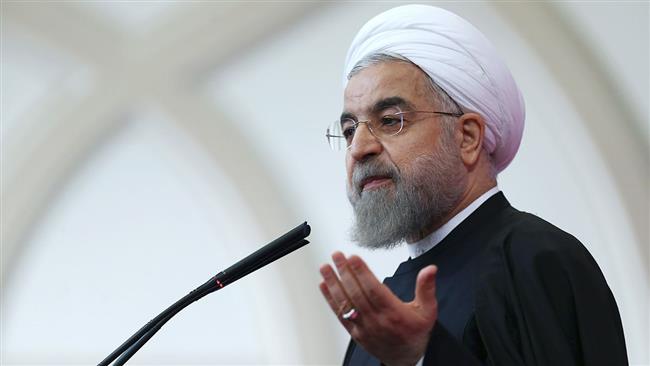 Iran’s President Hassan Rouhani has boasted that his country developed an air defense system that is still undisclosed and unknown to the world and that the two other newly unveiled home-made Bina and Nazir radar systems have unique features compared to other existing air defense systems.

Rouhani claimed that the air defense system can divert enemy missiles before they hit Iran’s defense systems or units. He said since the new Iranian system has not been mentioned in any media reports this means that Iran’s enemies do not know anything about it and that its making has not been disclosed.

The newly unveiled Bina and Nazir are tuned to different frequencies and with jump frequency and also to special bands which cannot be heard by the “enemies.” The multi-range radars can detect different types of flying objects, including all radar-evading targets, well before they can get close to Iran’s borders. It can also fight electronic warfare.

Iran has been steadily developing its military capabilities for the past years. At a meeting with top officers on September 1, Ayatollah Khamenei urged the military to “permanently” enhance preparedness to confront “different threats” by identifying the vulnerable defense points and possible enemy methods.

Tehran’s defensive programs coupled with its controversial nuclear program have forced regional countries to show concern and the head of its Atomic Energy Organization, Ali Akbar Salehi, said on Wednesday that Russia would help “improve” the country’s centrifuges and provide technical assistance to its centrifuge machines so that “they can produce stable isotopes.” He added that Iran and Russia would launch cooperation in supplying nuclear fuel for the Bushehr nuclear power plant.