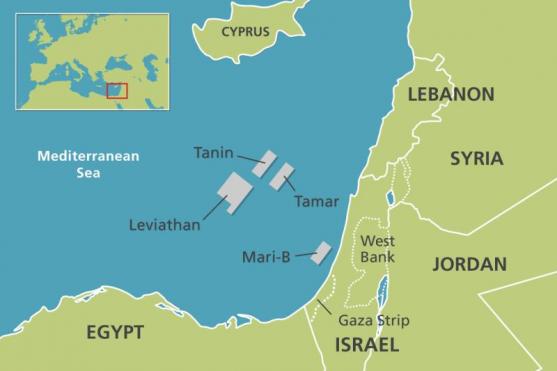 An agreement between Israel and Jordan for the exportation of natural gas from the Leviathan offshore natural gas field received a boost on Tuesday when the national planning and construction committee approved the construction of the gas pipeline on the southern end of the Dead Sea. The approval came after the Knesset, in a non-binding vote, supported a plan on the development of the Leviathan field and two other smaller fields by a consortium led by Noble Energy and Israel’s Delek Group.

The Israeli move follows the discovery of a massive gas field in Egypt, a potential client for long-term contracts.

The committee’s approval and the lawmakers’ support are not enough to launch the construction of the 15.5 kilometer pipeline, as the project needs to be approved by the cabinet and other regulatory hurdles need to be lowered down.

The 15-year long gas exportation agreement with Jordan is worth $15 billion, but production at the Leviathan gas field is yet to begin and a formal agreement is yet to be signed between the two countries.

On the diplomatic front, Israel’s ambassador Einat Shlein presented her credentials to King Abdullah on Monday, becoming the first female Israeli ambassador to an Arab country. She laid wreaths on the tombs of former Jordanian leaders at a ceremony alongside seven other ambassadors who also presented their credentials.