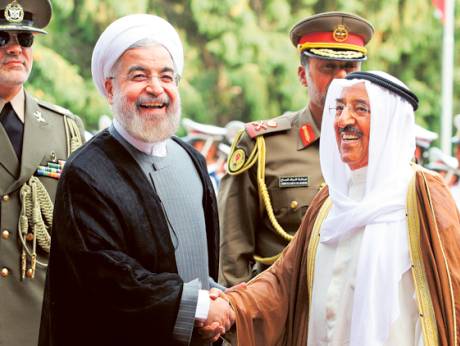 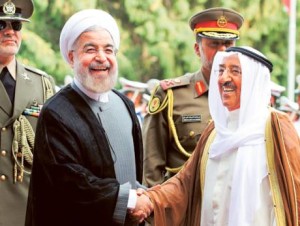 The traditionally better ties between Tehran and Kuwait City, compared to other Gulf Arab States, could be on the verge of crumbling as reactions from authorities and officials from both ends begin to harden.

Following claims and reports in Kuwait that Iran has links with terrorist groups planning to attack the country, Tehran’s embassy in Kuwait reacted to the allegations via Iran’s official IRNA agency in a statement published on Thursday.

The Iranian embassy in Kuwait expressed “its deep sorrow over the mentioning of Iran in an internal case in Kuwait that is basically related to the discovery of weapons and ammunition.” It questioned why there have been no proves to back reports made in the Kuwaiti media citing official Kuwaiti sources and deplored what it described as the “continuation of systematic negative propagations” against Iran.

24 people were charged on Tuesday with “spying for … Iran and Hezbollah to carry out aggressive acts against the State of Kuwait” with the help of explosives and firearms. The embassy’s statement opined that “the nature of Iran-Kuwait relations does not accept such charges stated in the indictment filed by Kuwaiti prosecutor’s office.”

There is an Iranian among the defendants but the embassy said it is yet to be informed about the fact by Kuwaiti authorities.

Claims of Iran having ties with the group have led to strong reactions in Kuwait’s parliament. The head of the parliament’s foreign affairs committee Hamad Al Harashani labeled Iran as the “true enemy” of Gulf Arab states determined to “spread chaos” in the region while Islamist MP Homoud Al Hamdan called to sever diplomatic ties and “reduce the number of the Iranian community in the country.” Around 50,000 Iranians work in Kuwait.