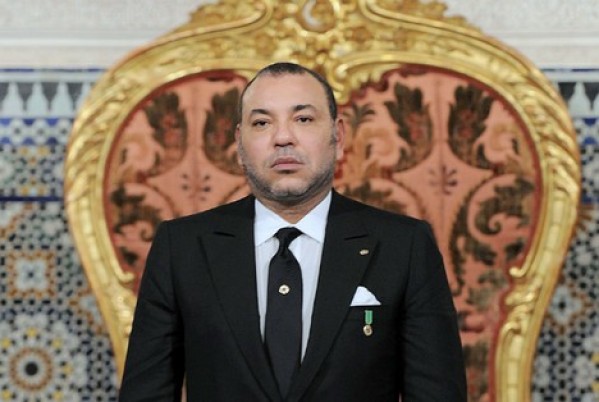 King Mohammed VI of Morocco pointed out on Thursday that extremism can only be fought through a participatory approach and that his country, which is exposed to the threat of terrorism, like the rest of the world, is fighting the causes that might lead to extremism and terrorism.

“Extremism can only be fought through a participatory approach, based on the promotion of the values of openness and tolerance embraced by Moroccans, and the combination of social, development, religious and educational dimensions, as well as security aspects,” said the King who recalled that Morocco has joined the international effort to combat this global scourge, which “cannot be ascribed to a given religion or country.”

This came in a speech that the King addressed to his nation on the occasion of the 62nd anniversary of the Revolution of the King and the People, a popular uprising against the exile of the late King Mohammed V and his family by the French colonizer. The uprising was a turning point in Morocco’s struggle for its independence that was snatched in 1955.

The King who stressed that the citizens’ security and safety and the country’s security and stability are “a top concern” said “the world in general, and the Maghreb and Arab regions in particular, are witnessing rapid changes caused by the rise of religious extremism and the proliferation of terrorist groups.”

Deploring that “some countries in the region are going through difficult times, due to insecurity and the proliferation of arms and radical groups,” King Mohammed VI said his country has accordingly had “to take a series of preventive measures in order to protect its security and stability.” “Indeed, Morocco has been working continuously to preserve its security and fully protect its borders, especially during the past two years,” he underlined pointing out in this vein that Morocco has imposed entry visas on some Arab nationals, namely Syrians and Libyans.

“While showing solidarity with these peoples, Morocco has regrettably been forced to take such a measure, given the circumstances,” the King said, explaining that “this decision is not aimed at any party and should not be seen as an unfriendly gesture. It is a sovereign decision and as the defender of the country’s security and stability, I will not tolerate any carelessness or negligence in protecting Morocco and Moroccans.”

“We will continue our efforts, with the utmost vigilance and determination, to prevent anyone from entering the country illegally,” he insisted.

Touching on the situation of refugees from countries plagued by security challenges who managed to enter Morocco and deploring the dire conditions in which some of these refugees live, the king urged Moroccans “to treat them as guests and come to their assistance.”

He however warned that in return of Morocco’s hospitality, these refugees have to abide by Moroccan laws and respect sacred national and religious values, mainly the Sunni Maliki rite.

“Any breach of Moroccan law and regulations will lead to deportation,” he warned, referring, as he said, “particularly to those who attempt to create chaos inside and outside mosques or join criminal and terrorist gangs.”

“What I am saying is that we have our own priorities and we need to address them. We are striving to face our own challenges in order to ensure Moroccans enjoy a dignified life,” said King Mohammed VI.