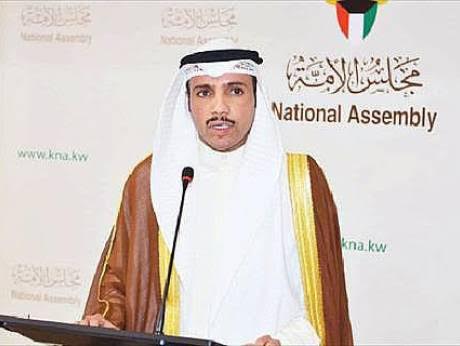 Kuwait’s parliamentary speaker Marzouq Al Ganem has stressed that the country will not spare any state or individual engaged in aiding and promoting terrorist activities on its territory.

Investigations are ongoing after a terrorist cell uncovered last week led to the discovery of a large arms cache raising the alarm that the country could suffer another attack.

Media outlets have been urged to refrain from reporting information linked to the investigations which might have enabled authorities to gather sensitive intelligence as more people continue to be arrested.

Speaker al-Ganem said Kuwait must adopt “a zero-tolerance policy towards those involved” and wants them to be “named publicly” after the investigations irrespective of whether they are in Kuwait or abroad.

He said the identities of countries, organizations and people implicated in threatening the country’s security and stability should not be kept as a secret. He said punishments should be individual and not collective.

It is still unclear if there is a country behind the terrorist groups targeting Kuwait but some foreigners are involved like the Saudi national who carried out a suicide attack in June at a Shia mosque killing dozens of worshippers.

An-Ganem said Kuwaitis should be united because it is the nation’s strongest asset in the battle against “this cowardly war.” He said Kuwaitis are aware that “there is no country, organization, party or ideology that is higher than the interests of the nation” as he tries to discourage sectarianism or discrimination in the country’s fight against terrorism. Speaker al-Ganem warned that trying to identify terrorists through sects or races “would be highly risky” before adding that the population and authorities are mobilized against “the merchants of crises.”