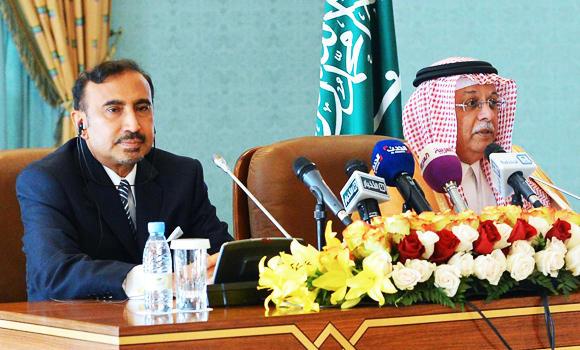 The Chief of the UN Counterterrorism Implementation Task Force said Thursday during his visit to Saudi Arabia that Muslims and the Arab world are the most badly affected victims of terrorism and are paying heavy price for their fight against terror.

Jehangir Khan made the remarks with Saudi Arabia’s permanent envoy at the UN Abdullah Al-Mouallimi during a joint press conference.

Khan regretted that Muslims are being killed by “Muslims” fighting for Islam, referring to ISIL.

“It is sad that the largest number of victims of terrorism is from Muslim countries and the Arab world and they are paying a heavy price in their fight against this scourge,” he stressed.

Khan told reporters he is visiting affected countries in order to seek their support and reach a unified front against terrorism.

He further hailed the role of Saudi Arabia in this fight, as a leading regional force determined to crush terrorism. He also suggested that other countries should emulate the kingdom in the way it is tackling some of the problems related to terrorism.

He cited Prince Mohammed bin Naif Centre for Counselling and Care as a unique rehabilitation program meant to provide a new life to those who were brainwashed and recruited by terror groups.

“They are rehabilitated under a comprehensive program and re-integrated into society as useful citizens,” he said.

Established in 2005 by the UN, Counterterrorism Implementation Task Force (CTITF) only came into force in 2011. It is made of 36 entities and is tasked with enhancing coordination and coherence of counterterrorism efforts of the United Nations.