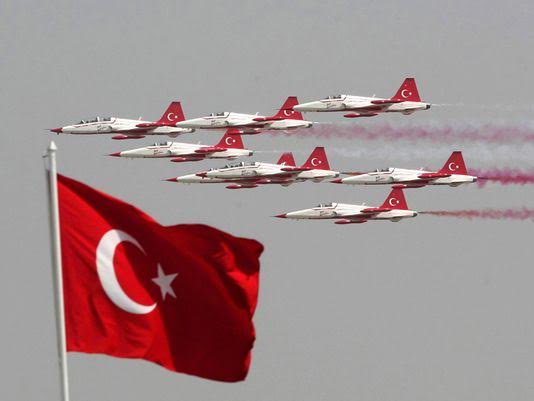 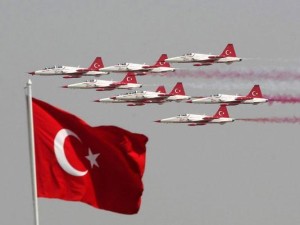 Senior U.S. officials are beginning to feel that Turkey’s proclaimed war against ISIL is more of a war against the Kurdistan Workers Party (PKK) than against the terror group.

According to IRIN humanitarian news and analysis, Turkish forces conducted 300 strikes against the PKK and 3 against ISIL since last month. Turkey has been unilaterally carrying out its missions although it joined U.S-led coalition on July 24 after suffering a suicide attack.

The Wall Street Journal quoted a senior U.S official admitting that “Turkey wanted to move against the PKK, but it needed a hook” and “it is clear that ISIL was a hook” because it has not been a major target for Ankara.

A Turkish official acknowledged that “PKK is a bigger threat to us” than ISIL because “it is active within the country” and they have been staging attacks “on a daily basis” in several cities. The official added that the militants of the Islamic State are “more active in Syria, and therefore less urgent now.”

When Turkey granted the coalition forces access to its Incirlik airbase, it was openly welcomed because of the advantageous short distance flights it allows to hit ISIL targets but analysts are thinking that it was more of a calculated political decision than defensive measure that could help President Erdogan’s AKP party to regain absolute majority in parliament in the new parliamentary elections announced on Thursday after negotiations to form a coalition government have failed.

Prime Minister Davutoglu said he would like elections to be organized as soon as possible.

Many believe that the anti-Kurd sentiment that has grown in the country since the Turkish bombings and PKK attacks began would provoke nationalist sentiments that will sway votes to AKP ballot boxes in the upcoming elections.