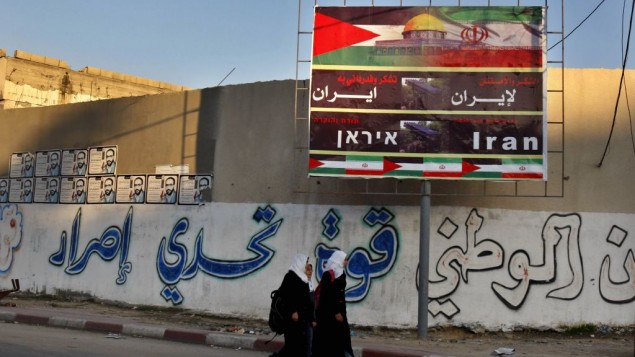 Mahmoud Abbas’ Fatah movement is seemingly strengthening its relations with Tehran as both sides are eager to see an end to the long running Syrian crisis.

Ahmad Majdalani told Mawtini radio station Monday that he signed a cooperation agreement between Iran and Palestine and that the two sides formed a “high committee” to discuss political, economic and social exchange.

Relations between the PA and the Iranian regime have been mild after Mahmoud Abbas had renounced armed resistance against Israel.

Despite slight frictions, Iran supported Palestinian statehood bid at the UN in 2012, building a rapprochement between Abbas and Tehran.

Mejdalani also told radio that Iran and the PA share the same approach in finding solutions to the Syrian crisis. He indicated that Fatah endorses Iran proposal plan for peace in Syria.

Iran has recently presented the proposal made of four stage-process including immediate ceasefire; the formation of a unity government; the amendment of Syria’s constitution; and finally national elections. Mejdalani pointed that out the Iran’s plan matches with Mahmoud Abbas’s plan for peace in Syria.

Mejdalani who is also a Syrian born, hailed the historic accord between Iran and world powers suggesting that it will stabilize the region.

“[The agreement] will prepare the ground for an international conference to clear the region of nuclear weapons, depriving Israel of the excuse that a nuclear Iran threatens its existence,” Majdalani was quoted by Ma’an as saying.

While Fatah is creeping towards Iran, relations between rival Hamas and Iran are becoming tense after the Hamas political exile leader Khaled Mashaal visited Riyadh. Hamas and Riyadh denied any rapprochement saying the visit was purely religious.