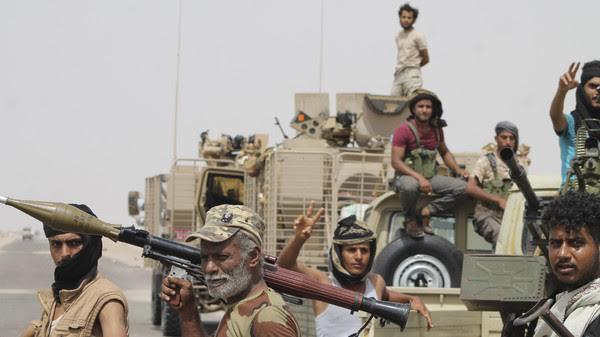 Militia forces backed by the Saudi-led coalition have registered another victory against the Houthi rebels in the province of Abyan. Clashes began during the weekend and on Sunday, the pro-Hadi fighters announced that they have taken over Zinjibar, the province’s capital. The Yemeni war is experiencing some changes as reports quoting military officials on the ground stated that modern combat vehicles and tanks are being used by pro-Hadi forces.

The equipment is believed to have been supplied by the United Arab Emirates (UAE) and Saudi Arabia and their men are also said to be on the ground.

Reports of military supplies arriving at ports in Aden surfaced shortly after the pro-Hadi forces took over the city around the end of last month. It is the first time that they are used in battles against the Houthis.

Yemeni security officials under the condition of anonymity acknowledged that Saudi, Emirati, Egyptian and Jordanian military advisers are training hundreds of fighters at a military base near Aden. The forces are composed of southern separatists, local and tribal militias, Sunni Islamic militants and Hadi loyalists.

Although none of these countries have commented on the reports, UAE state news agency WAM reported that three Emirati soldiers “died while serving their country” on Saturday under “Operation Restoring Hope.” A statement from the coalition forces said the soldiers were martyred while carrying out their duty in defense of the Yemeni people.

The circumstances under which they met their death are yet to be revealed.