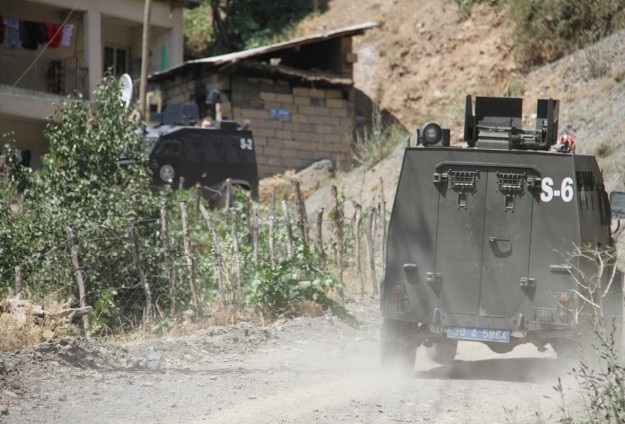 NATO has expressed full political support to Tukey regarding its airstrikes against militants of the Islamic State after an emergency meeting which lasted for less than 2hours.

NATO Secretary-General Jens Stoltenberg told reporters that “we all stand united in condemning terrorism, in solidarity with Turkey” but an official said several members want“a proportionate use of military force” in the action against Kurdish militants in order not to jeopardize the peace process with the Kurdistan Workers Party (PKK).

Turkey did not ask for military support from NATO and plans to continue striking the Islamic State and the Kurds on its own. NATO has a limited role in the war against the Islamic State although some of its member countries are participating in the U.S-led campaign.

Reports have claimed that Ankara and Washington are planning to support Syrian opposition fighters as part of a joint effort to push extremist groups away from Turkey’s border. A senior official in the Obama administration hinted that there are some Syrian opposition groups that “we absolutely will not work with.” He said he was certain that a decision will be reached after discussions with the Turks without confirming or denying the reports.

John Kirby, the spokesperson of the State Department, said Washington is grateful for Turkey’s cooperation against ISIL, including use of some of their bases for coalition aircraft to go against ISIL targets, particularly in Syria.

As Turkey intensifies its attack on the two groups, a military and police housing quarters in province of Hakkari was stormed by an armed group which led to heavy clashes. Militants linked to the PKK are believed to be behind the attack which occurred on Tuesday evening. Clashes continued deep into the night and reinforcements have been sent to the area. Hakkari province is located in south eastern Turkey.

Commenting on Turkey’s attacks against the PKK, the State department Spokesperson said “Turkey has continued to come under attack by PKK terrorists, and we recognize their right to defend themselves against those attacks.” It was in retaliation for recent attacks by the PKK that Turkey conducted these most recent strikes, he said.

The PKK is designated by the US as a terrorist organization.