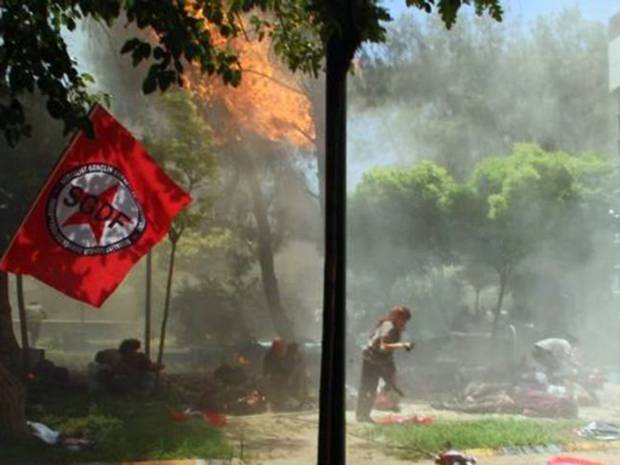 The agreed peace between Turkey and the Kurdistan Workers’ Party (PKK) based in northern Iraq could have been jeopardized by the Turkish airstrikes which hit the group although the targets where described as “terrorist threats” by the authorities.

Turkey and PKK sealed a ceasefire deal two years ago but the agreement seems to be relegated to the second line after Ankara decided to attack the militants of the Islamic State following the July 20 bomb attack on the border town of Suruç which claimed 32 lives and over 100 injured.

The airstrikes could also be considered as a response after PKK’s armed wing, the HPG, killed two police officers on Wednesday and stated that it was a retaliatory action to the Suruç bombing. Groups in the Kurdish-majority south-east of Turkey blamed Ankara for the Suruç bombing and accused it of supporting ISIS due to its reluctance to join the U.S-led airstrike campaign against the extremist group.

Although the Turkish Parliament has approved the country’s participation in the U.S-led campaign in September 2014, it was only after the Suruç attack that Turkey announced it will actively participate in the international coalition and will allow the coalition forces to use its bases to launch strikes against the IS group.

“Based on the authority provided by the Parliament on Sept 2nd, 2014, the Cabinet approved the deployment of manned and unmanned aerial vehicles of the United States and some regional countries joining aerial campaigns against Daesh [ISIL] in our bases. Turkish Air Forces will also be instructed in mentioned operations,” the Foreign Ministry said in a statement last Friday.
Besides its participation in strikes against the IS group, Turkey could also find itself fighting with the PKK, that it considers as a terrorist group. The group actually declared that the ceasefire had become ineffective. “The ceasefire has been unilaterally ended by the Turkish state and the Turkish military. The truce has no meaning any more after these intense airstrikes by the occupant Turkish army,” said a posting on the PKK website.