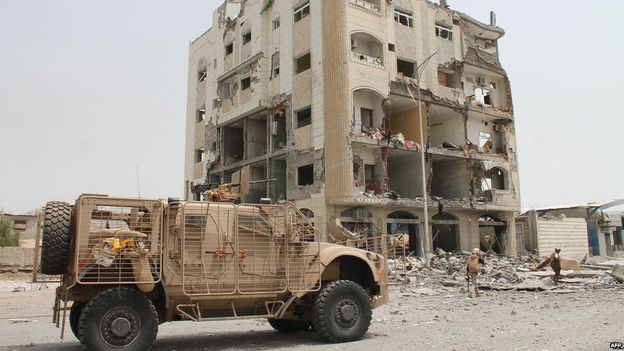 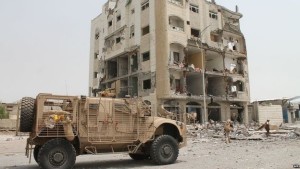 Aden seems to be completely under the control of the pro-government forces following several days of battle. The Houthis have been forced out of Al-Maashiq hilltop presidential palace in Aden while a Saudi military plane landed at the city’s airport.

The latest developments in the city have prompted the exiled government’s transport minister Badr Basalma to state that the beginning of operations at the airport marks a positive step for the government. Basalma arrived in Aden a while after it was declared “liberated” last week.

Pro-government forces were able to force the Houthi movement and their allies out of the city with the arrival of well trained and heavily armed reinforcements from the Saudi-led coalition.

Fighting in the city has left several infrastructures damaged and a technical team from the United Arab Emirates is in Aden to repair the control tower and passenger terminal of the airport.

Saudi Colonel Ali Abu Dahesh was in the flight that landed in Aden on Wednesday with relief aid. He said an “air link with Yemen will be opened to deliver relief supplies.” The country is in dire need of humanitarian aid and other international organizations are expected to deliver more assistance.

The war could be at a turning point with the arrival of the reinforcements and Yemeni analyst Majed al-Mathhadi noted they are well “equipped with modern weapons” contrary to “the light weapons that the (southern Popular) Resistance had” which he said “were not enough to make a change on the ground.”

Footage from Aden showed pro-Hadi forces using new armored vehicles with mounted machine guns. Sources close to the military have claimed that some officers from the coalition are in Aden coordinating operations.