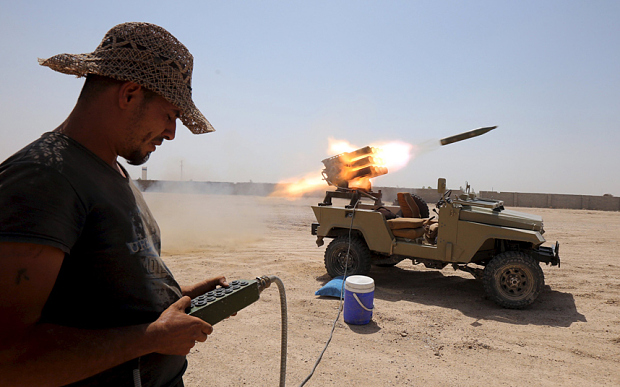 Police and tribal sources have stated that an offensive has been launched by the Iraqi army and police force alongside Sunni tribal fighters to oust militants of the Islamic State from the western outpost of Haditha and the Albu Hayat area in the Anbar province. The government only controls few parts of the province after its forces were pushed back by ISIS in May.

Sunni tribal leader Khalid Mijbil al-Nimrawi said the offensive on the militants is being fought “from three directions” and they will only stop fighting after “retaking Albu Hayat to secure not only Haditha but the supply route to the army base.”

The key route that serves as a supply channel to the Ain al-Asad military base has usually been targeted by the extremist group. The base is being used by U.S Marines to train Iraqi troops. Haditha is also strategic for its nearby dam. Fighting is still going on.

In another development, at least six soldiers and policemen were killed in a suicide attack at a checkpoint in the central town of Tarmiya while fourteen people were wounded in Baghdad when a car loaded with explosives detonated.

Emerging reports have claimed that the extremist group is adopting a new approach to suicide bombing by attaching explosives to animals and encouraging them to wander into enemy camps before detonating them with a remote control. Chickens and goats are claimed to be part of the animals that have been used. Pictures that are not independently verified claim to show a hen with explosives attached above its wings.

Meanwhile, Baghdad continues to struggle to push back IS but progress has been very limited despite aerial support from the U.S-led airstrike campaign.