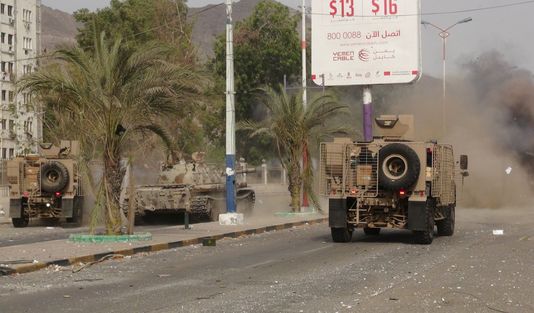 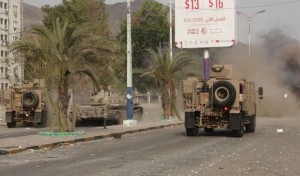 The Houthi Movement and their allies are trying to resist the advance of their rivals in Aden by shelling Dar Saad, a city in Aden, for the past couple of days.

The death toll is on the rise and Hassan Boucenine, head of the Geneva-based Doctors Without Borders in Yemen, described the scenario as “the worst day” in Aden since the Saudi-led military campaign began in March.

Nearly 100 people have been killed and more than 200 wounded on Monday, mostly civilians. At least 50 people were killed a day before and Boucenine fears that “attacks on civilians will continue.”

The Houthis have reportedly started shelling Dar Saad after they lost control of Tawahi, the last district of central Aden under their control.

Spokesman Ali Al Ahmadi of the fighters from the Southern Resistance that wants the former state of south Yemen to break away from the north after 25 years of unification said they are now in control of the town and media houses as “a wide combing operation is under way to flush out” Houthi fighters.

Aden has been the scene of the most brutal ground battles in the southern part of Yemen and recent gains by Saudi-backed militia groups have led to the appointment of the head of the Resistance Council, Nayef al-Bakri, as governor of the city by the exiled Yemeni government. Al-Bakri served as deputy to the former governor, Abdulaziz bin Habtoor, who fled the embattled city earlier this year.

Meanwhile, Houthi rebel leader Ihab al-Kuhlani was targeted in a car bomb that exploded near his house in Sana’a killing several people. The attack was claimed by a local affiliate of the Islamic State group.