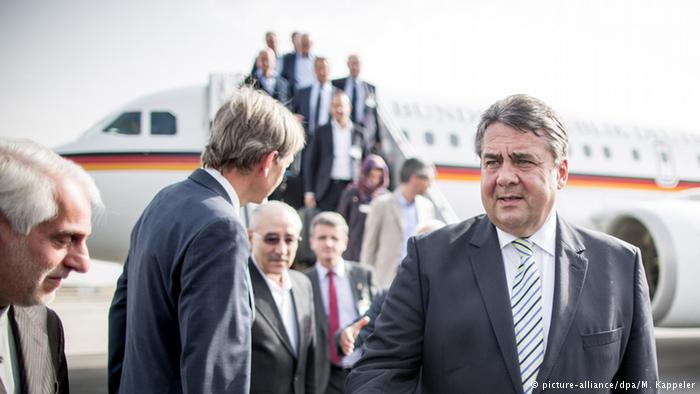 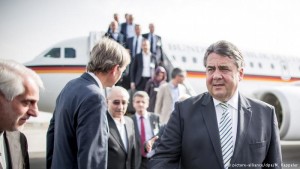 German Vice Chancellor Sigmar Gabriel who also doubles as the economy minister landed in Tehran on Sunday for a three-day official visit and has already hinted that the prospects of “a good economic relationship with Germany in the long term” also depend on the ties between Iran and Israel. Germany is a member of the P5+1 that reached an agreement with Iran on its nuclear program heavily criticized by Israel; a state with whom Germany has developed a strong relationship since the end of World War II.

The European country used to be the top supplier from outside the region to Iran but was overtaken by China in 2007 which now pumps in between 15-20% more than Germany.

The lifting of the economic sanctions on Iran by the European Union, the U.N and the United States is expected to give a major boost to the Iranian economy.

However, Gabriel told a gathering of German and Iranian business people that Tehran“questioning [Israel’s] right to existence is something that we, Germans, cannot accept.”He said that it is relevant to their economic ambitions because “you can’t have a good economic relationship with Germany in the long term if we don’t discuss such issues and try to overcome them.” Iran doesn’t recognize Israel and refers to it as the Zionist State. The Vice Chancellor said his country is willing to serve as a mediator to overcome the standoff between the two countries.

The head of the Association of German Chambers of Commerce and Industry (DIHK), Eric Schweitzer, believes that there is still room for development in trade between the two countries and it could increase by more than 200% to reach €6 billion within the next two years.