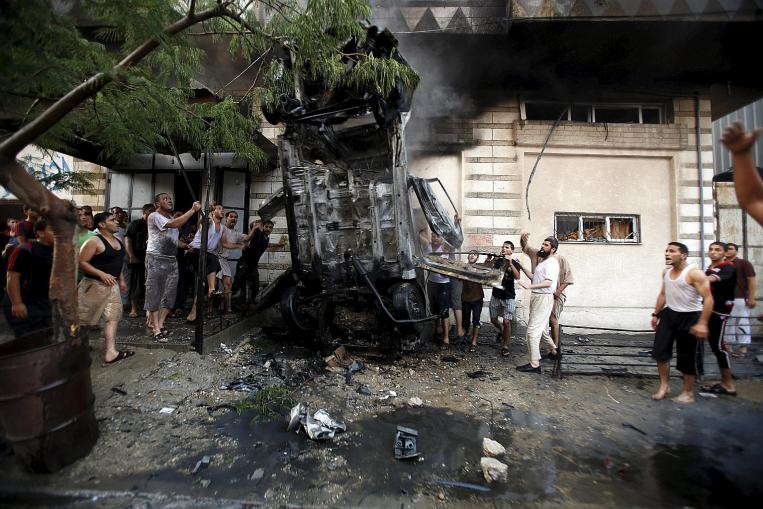 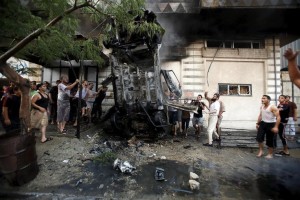 Five members of the Al-Qassam and Al-Quds brigades seem to be targeted with bomb explosions on Sunday when their cars blew up in front of their houses. The explosions all took place within 15 minutes according to eye witnesses with the first one occurring at 6:30am. No group has claimed responsibility for the attack but it is believed that extremist groups linked to the Islamic State were behind the plot.

Three of the cars were said to have belonged to members of Al-Qassam and two to members of Al-Quds, the armed branches of Hamas and Islamic Jihad.  Some observers believe that the explosions were destined to serve as a warning since they went off very early in the morning. There were no casualties but minor injuries were registered.

A joint statement released by Al-Qassam and Al-Quds stated that the “guilty hands are attempting to attack the resistance by blowing up its fighters’ vehicles, which only serves the occupier [Israel] and its objectives” before adding that “the culprits of the violence are in the camp of traitors.” Police working under Hamas said that “security forces have opened an investigation and are searching for those responsible” calling them “saboteurs.”

Hamas has been engaged in a power struggle with smaller extremist groups in Gaza that criticize it for not implementing the Sharia law and sealing a truce with Israel last year. More than 100 people linked to these groups have been arrested or jailed by Hamas. The growing tension in the Gaza Strip could soon be an open confrontation between Hamas and the extremist groups after a video released by ISIS earlier this month, featuring Palestinian Jihadis in Syria, urged Palestinians to pledge allegiance to it and wage jihad in their homeland.