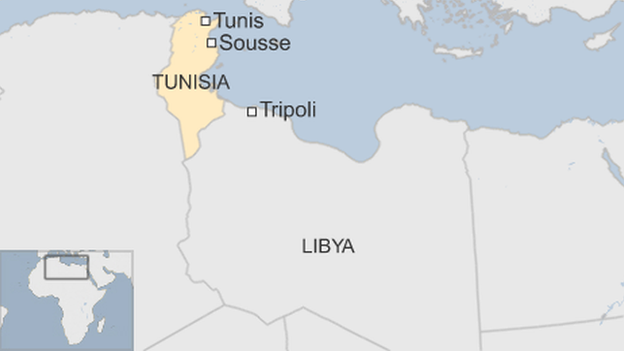 Prime Minister Essid announced that part of the measures to be undertaken by the government to curb terrorism and extremist attacks in Tunisia will be the building of a 160 kilometer-long wall along Tunisia-Libya border.

He said Tunisia cannot count on Libya to fight the phenomenon because of the political situation in the country and the presence of “many armed organizations… that are like states within a state.”

A gunman killed 38 tourists at a beach hotel in Sousse last week prompting President Beji Caid Essebsi to declare a state of emergency and deploy around 1,300 armed guards near hotels and tourist sites. The governor of Sousse and 16 police officials were fired in relation to the attack.

Tunisia and Libya share a border of 500 kilometers but Essid pointed out that Tunisia needs“special technical equipment” that it doesn’t have to secure and control the border that stretches mostly in the desert. The wall will be built between the major border crossings at Ras Jedir on the coast and Dhehiba. It will serve as a temporary barrier until replaced by an electric fence. The government is also looking forward to international help to help it monitor its borders.

The gunman of the Sousse beach hotel attack and the two men involved in the Bardo national museum attack in March have all purportedly received training in a militant camp near the town of Sabratha in western Libya.

“Unfortunately, Libya is not doing its role in fighting terrorism,” Prime Minster Essid said as he deplored the political rivalry and foreign interference from different countries with different agendas in the neighboring country. He said the lack of “a common organized system”between neighboring countries and the porous desert borders are a major setback.