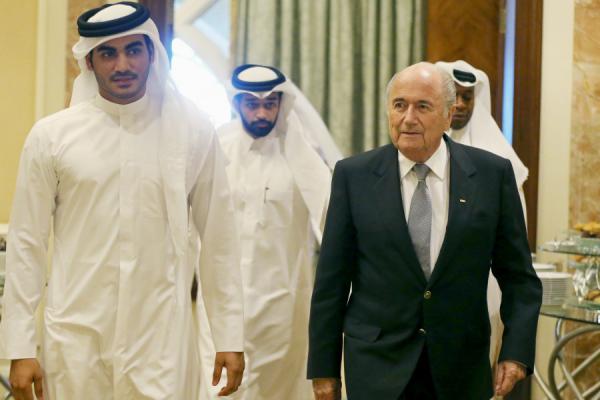 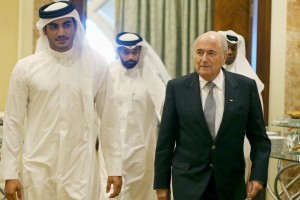 Qatar might have received the support of the German and French presidents who have allegedly influenced the votes of their representatives at FIFA in the run-up of the FIFA 2022 World Cup according to Sepp Blatter.

The heavily contested hosting right of the 2022 World Cup has been surrounded with a lot of controversies since Qatar was announced as the winner with many claiming bribery allegations. The FIFA president urged that those who voted in Doha’s favor “should also take responsibility.”

German newspaper Welt am Sonntag in its Sunday edition published an interview with Blatter saying that President Nicolas Sarkozy of France and President Christian Wilhelm Walter Wulff of Germany “tried to influence their voting representatives.” He said that “before the World Cup was awarded to Russia and Qatar, there were two political interventions.”

The Head of European Football, Michel Platini, told L’Equipe last year that he found himself in a private gathering with the Qataris and Sarkozy. “It’s true that, when I was invited to a private lunch with the president and I found myself with Qataris, I understood that there was a subliminal message. But I’ve never been asked to vote for them.” He insisted that “neither Sarkozy nor anyone” told him who to vote for.

Blatter said since Qatar was awarded the World Cup, “the people who decided this should also take responsibility” as he alleged that the German football federation, DFB, had “received a recommendation (from Wulff) that Germany should vote for Qatar for economic interests.”

Qatar has always denied any wrong doing and has vowed that it will host the event despite calls by some western countries for a revote with almost 7 years before the event takes place for the first time in the Middle East.