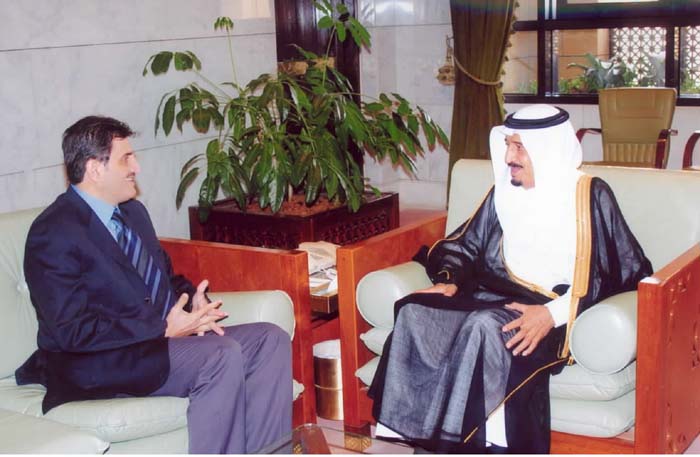 U.N. Humanitarian agency UNICEF and King Salman’s Foundation signed on Saturday a memorandum of understanding to bring relief aid to Yemeni refugees who fled to Djibouti.

The accord was signed by King’s Royal court Consultant and Supervisor General of the king’s Foundation, Dr. Abdullah Al-Rabeea and UNICEF Saudi representative, Dr. Ibrahim Al-Zeeg King Salman’s Foundation has donated $350,000 to Yemeni refugees in Djibouti.

Saudi Arabia has been leading a regional coalition against Houthi rebels for two month now after the rebels stormed the capital Sanaa forcing the president Hadi to move the capital to Aden.

President Hadi ran away to Saudi Arabia as the rebels were advancing on Aden.

Thousands of people have fled fighting and with thousands also dead in the conflict according U.N agencies. UNICEF says hundreds of children have been killed and injured in the conflict.

U.N. says if the situation is settled Yemen can become Iraq, Libya and Syria all combined.

The spokesperson of the Foundation,Raafat Al-Sabbagh urged Humanitarian agencies to and charities to work with the King Salman’s Foundation to provide relief for Yemeni in difficult situation.