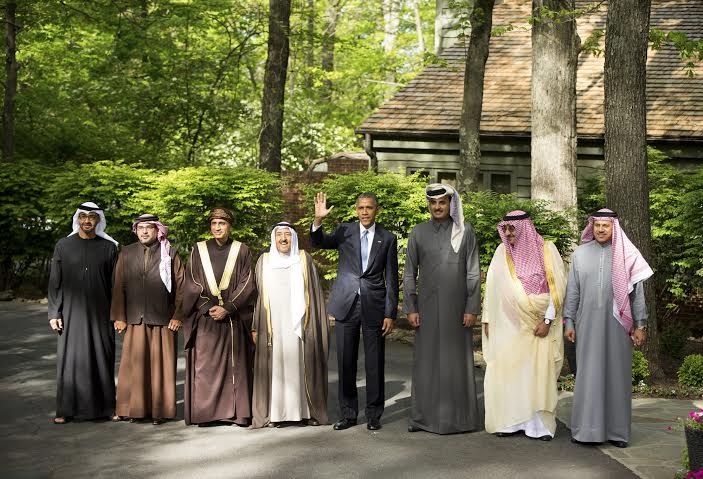 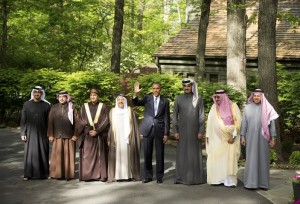 The summit between the member states of the GCC and the U.S held under the framework of consultations focused on regional security challenges and multilateral relations ended without any firm decision but with declarations announcing the position of the GCC and the U.S in matters taken place in the Middle East and North Africa.

The mutual commitment to a US-GCC strategic partnership to build closer relations in all fields with a collective approach to regional issues in order to “to advance their shared interest in stability and prosperity” was reaffirmed as they agree that it was in their “deep interest” for a peaceful and prosperous region.

“The United States policy to use all elements of power to secure our core interests in the Gulf region, and to deter and confront external aggression against our allies and partners, as we did in the Gulf War, is unequivocal” the joint communique stated. It added that confronting “an external threat” in the region will be done “inconsistent with the UN Charter” to protect the territorial integrity of the Gulf States.

The statement emphasized that any deal reached on Iran’s nuclear program should be “in the security interests of GCC member states as well as the United States and the international community.”

Tehran was urged to embark on promoting “the principles of good neighborliness, strict non-interference in domestic affairs, and respect for territorial integrity” as proclaimed by international law in order “to build trust and resolve its differences with neighbors by peaceful means” and desist from its regional “destabilizing activities.”

They parties agreed that the conflicts in Syria, Iraq, Yemen, and Libya “can only be resolved through political and peaceful means.” They renewed their stance on fighting terrorism and for a solution in the Israeli-Palestinian conflict.