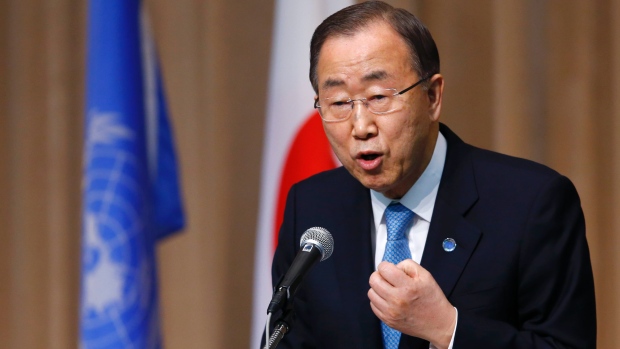 The report of the U.N inquiry that focused on ten incidents which took place during last year’s summer war between Hamas and Israel has been submitted but only a summary of it was released to the general public on Monday as the 207 page report is deemed private. The findings of the report were based on the activities which took place within or around the premises of U.N properties located in Gaza.

According to the report, “Israeli actions” led to the death of 44 Palestinians and left more than 227 injured while they were using U.N locations as a shelter during the war. Palestinian militants also used three empty U.N schools as a cache for their weapons and could have “probably” in two cases fired from the schools. Ban Ki-moon scolded Israel stressing that U.N locations are “inviolable” and harshened his tone with Hamas for their “unacceptable” actions.

Neither Israel nor Hamas have reacted to the findings of the independent inquiry.

U.N states that more than 2200 Palestinians, majority of them civilians, and 72 Israelis of which 66 were soldiers were killed during the war. Although Ban Ki-moon highlighted that the inquiry team “does not make legal findings,” he said a team will look in to the recommendations made by the report. The Palestinian authority is planning to hold Israel responsible for its actions at the International Criminal Court with regards to the war with Tel Aviv warning that it would affect talks for a two-state solution.

In October 2014, the U.N Secretary General described the aftermath of the war in the Gaza as “beyond description” and “much more serious” than the 2009 war between the same parties.