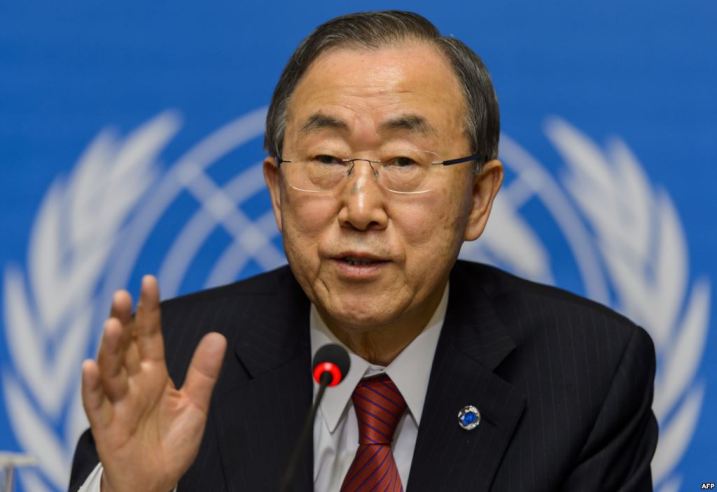 U.N Secretary General Ban Ki-moon has met with officials in Baghdad and called for government forces and militias fighting against the Islamic State to stop reported abuses. He told the Iraqi government that “alleged violations or abuses of human rights must be investigated and perpetrators need to be held to account.” Ban Ki-moon also raised concerns about the more than 2.5million people displaced by the conflict.

Iraq has been battling against the fighters of the Islamic State since last year but progress has been slow on the ground despite the different “volunteer armed groups” fighting alongside government forces coupled with the U.S led coalition airstrikes. The volunteer armed groups are mainly composed of Shi’ite paramilitary factions fighting under Baghdad’s control but there have been reports that the groups have been summarily executing Sunnis and displacing them in areas overtaken from the Islamic State. They have denied such acts and are claiming that they are false allegations.

The Iraqi government depended heavily on these groups to prevent ISIS fighters from advancing after most of the military men fled the frontlines when ISIS drew nearer. Ban Ki-moon said he was concerned by the execution allegations, abductions and destruction of property believed to be carried out by forces and groups loyal to Baghdad. He also stated that “the threat of additional and secondary displacement during ongoing military operations may overwhelm local and international capacities” and pointed out that Baghdad and its allies will be facing such scenarios.

Meanwhile the U.S defense department has denied Iranian claims that it killed two of their advisers in a drone strike in Tikrit. On Monday Iran said they were killed on March 23 but U.S claims that coalition forces started operating in Tikrit on March 25.