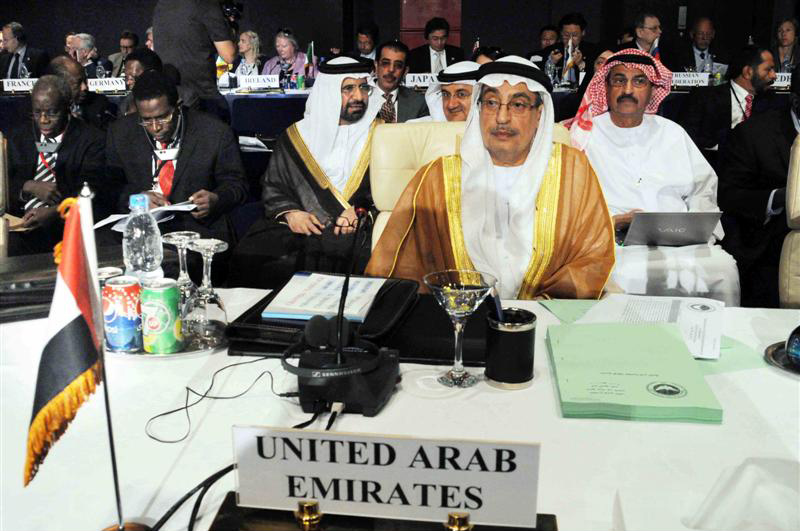 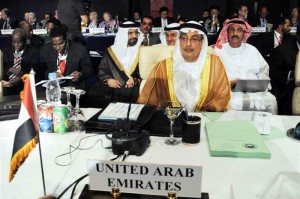 The United Arab Emirates (UAE) has strongly responded to President Merzouki’s statements directed at Egypt at the United Nations General Assembly. It recalled its ambassador from Tunis and claimed that the Islamist led coalition government is “forcing a certain model which fails to reflect the true nature of the Tunisian society.”
President Merzouki called on the interim government to release Mohammed Morsi in order to “end the political tensions and stop the violence.” He added that “in some countries” now, the Arab Spring is “turning into a nightmare” before citing Egypt as a proof that creating democracy and civil institutions was “replete with difficulties”.
Cairo condemned the Tunisian president’s statement. Its foreign Affairs Ministry, Nabil Fahmy, acknowledged that they are going through an “exceptional” period and blamed the country’s instability on a “terrorist campaign.” He stressed that “all political movements” in Egypt are dedicated to the political roadmap of a “civilian, democratic state which implements social justice.”
However, UAE’s Assistant Foreign Minister for Political Affairs, Dr. Tareq Al-Haidan, said they called their Ambassador, Salem Al Qattam, for consultations on relations between the two states and regional developments.
Al-Haidan accused President Merzouki of lying to the General Assembly about Egypt. He labeled the Tunisian president’s statement as a “challenge” which defied the desire of millions of Egyptians “for a true democratic state which excludes no one.” He further stated that it is also “the same destiny” that they wish for their “brothers in Tunisia.” Morsi was removed from power by the military after a mass demonstration started on the 30th of June. Ennahda is under pressure to reign from power.
He accused the Ennahda led government of being “intent on forcing a certain model” which is different from the desires of the Tunisians.