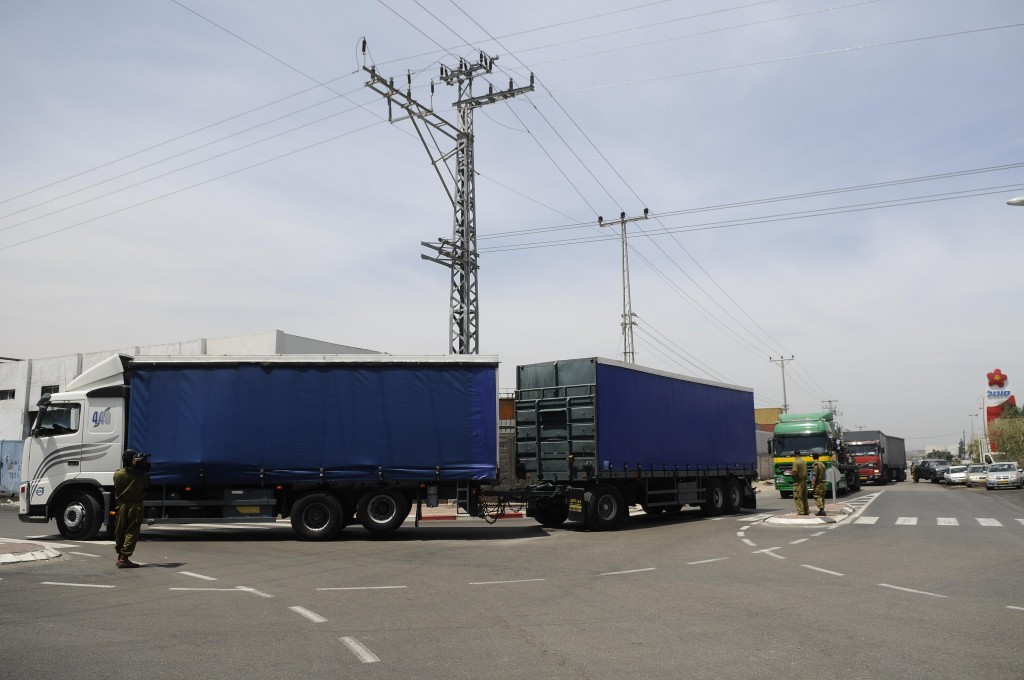 An Israeli military official under the condition of anonymity has revealed that the Jewish State will be increasing the number of allowed trucks carrying building materials into the Gaza Strip to 350 per week from 100.  The decision came after a request from President Mahmoud Abbas was approved by the Israeli authorities. The restriction was considered to be the most significant imposed on the importations of building materials into Gaza Strip.
The Gaza Strip is ruled by Hamas since 2007 when it took it over Fatah in a short lived war. Likewise Fatah, the group has ruled out negotiations with Israel. The restriction was imposed after the war.
The military official claimed that the increment of trucks was made “in cooperation with the international community” and had “no connection” with the ongoing peace negotiations with Fatah. He added that the motive was “to increase employment and strengthen the private sector in the Gaza Strip.”
Palestinians in the Gaza Strip will be able to 70 trucks of gravel, metal bars and cement for construction projects per day. Maher Al-Tabba, an economist living in Gaza, applauded the move but said that the increment will not stop shortages. According to him, they need the “double” of amount approved.
Although the military official claimed that it had no links with the ongoing peace negotiations, Quartet representative Tony Blair stated that decision “reflects our ongoing discussions with the Israelis” and “an important step in building a more positive environment for the diplomatic negotiations and in preparing the ground for the more comprehensive and transformative economic initiative.”
Since the closure of the Egyptian crossing point and the destruction of tunnels in July by Egypt, building materials have become very scarce in Gaza.