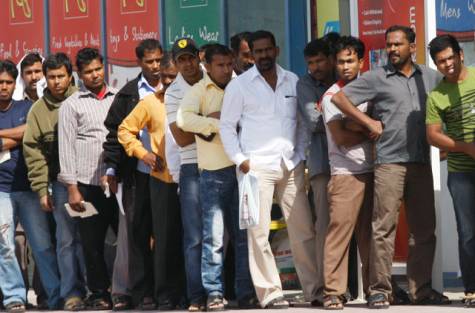 For the past two month, the UAE has been allowing illegal residents to leave the country without facing any kind of penalty. However, many waited for the last minute to go to immigration centres overlooking that the amnesty deadline was set for last Sunday.
In Dubai, thousands of illegal residents were stranded in the immigration centre as they did not have the necessary documents to leave the country.
Some housemaids had problems with their employers or sponsors who refused to give them their passports in time. For others who did not have a valid passport, it was necessary to ask for emergency certificates which are temporary travel documents given by consulates and embassies. The Sri Lankan, Indian and Ethiopian consular missions were thus overcrowded for the past few days by those who have expired passports and were living illegally in the Emirates.
During the two-month amnesty, it was estimated that 974 residents were assisted by the Indonesian Embassy, 1650 were helped by the Nepal Embassy and 20 800 people received aid from the Bangladeshi Embassy. The so many illegal residents who wish to go back home but have not managed to make it before the deadline hope that “the government may extend the amnesty by a few more days.”