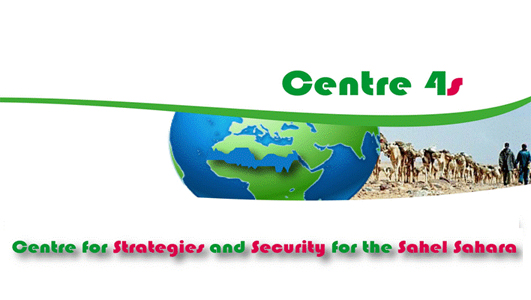 The Sahel problematic and the latest developments in the Sahel and Sahara region will be at the center of debates at an international conference to be hosted by Tunis this August 30-31.
The conference is initiated by former UN Secretary General special representative and former Mauritanian Foreign Minister Ahmedou OuldAbdallah, who is chairman of the think tank “Center for Security in the Sahel Sahara” (C4S).
The conference will gather about fifty experts, diplomats, and outstanding figures from the countries of the region who will ponder on the string of dangerous and destabilizing events taking place in the Sahel strip since the outburst of the Malian political crisis, which is fuelled by the rising power of the terrorist network Al Qaïda in the Islamic Maghreb (AQIM). The opening of the two-day meeting, held under the topic: “the situation in the Sahel Sahara and outsider actors”, will be chaired by Tunisian Secretary of State to Foreign Affairs. Scores of Maghreban, African and European geostrategists, security experts and regional conflict management pundits are expected at the conference to look into the difficult juncture the Sahel countries are currently going through and assess the impact of this juncture on the stability of neighboring countries, mainly in North Africa.
Political analyst and chairman of the Moroccan think tank « Moroccan Association of Economic Intelligence » (AMIE), Abdelmalek Alaoui, and Tunisian geopolitical expert and specialist in prospective methodologies, Mehdi Taje, will be among the key speakers and moderators at the event, deemed timely in view of the numerous tension spots in the region and the growing presence of terrorist groups.
As put by Ahmedou Ould Abdallah last June during the celebration of the 1st anniversary of the C4S, the situation in the Sahel region is deteriorating, especially after the coup d’Etat in Bamako and the occupation of the northern parts of Mali by AQIM and other Al-Qaeda affiliated groups.
However, for this experienced diplomat it is still possible to successfully manage the Malian crisis. To his end, he proposes a regional, collective approach including all the Maghreb and Sahel countriesconcerned by the situation instead of a risky internationalization of the Malian conflict.
In the same vein, Mehdi Taje warns that the outbreak of a source of instability in the Sahel threatens the stability and security of all Maghreb countries in the long run.
Taje said in a recent interview that “it is no longer possible to address the Maghreb problematic without addressing the situation in the Sahel. Permanent consultation and coordination between the Maghreb countries is therefore a must.”
“The Malian crisis and its induced effects exacerbate rivalries and tensions between the countries of the Maghreb and impact negatively on the Maghreban dynamics”, he underlined.
All these issues and concerns will be raised at the Tunis Conference.
The Nouakchott-based C4S covers a strip ranging from Mauritania to Guinea in the south and to Chad and Sudan in the East. The center focuses on defense and security issues in the Sahel-Sahara region, armed violence and terrorism, rivalries over oil, gas and uranium, illegal immigration, and trafficking of all kinds. The center seeks to help boost cooperation between the countries of the region and public and private international partners to upgrade security and promote prosperity in the Sahel-Sahara strip.