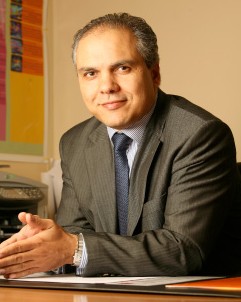 A well-known figure to all media insiders, charismatic former head of Qatari Channel “Al Jazzera Kids” and former director of news channel “Medi1 sat”, Mostapha Mellouk, was designated by the African Media Initiative (AMI) board, as Co-Chairman of the 5th African Media Leaders Forum (AMLF) 2012 scheduled for November 8th-9th in Abidjan, Icory-Coast . This initiative, supported by the United Nations, the African Union and the African Bank for Development, aims to promote democracy, good governance, economic and social development, by strengthening the role of Medias. How to act for the emergence of professional medias, financially viable, socially responsible and real catalyst for the development process in Africa? An issue debated this week in Ankara where runs from May 9th to 11th the “Turkey- Africa Media Forum”, hosted by the Turkish government. Mostapha Mellouk, a media power broker well known in the MENA region, is now the head and founder of a specialized consulting firm in Morocco, Casablanca Media Partners. He is also the head of a Moroccan association, the association for the great Casablanca, that aims at restoring the historic landscapes of the city of Casablanca, an initiative backed by the ruler of Morocco, king Muhammad VI personally.