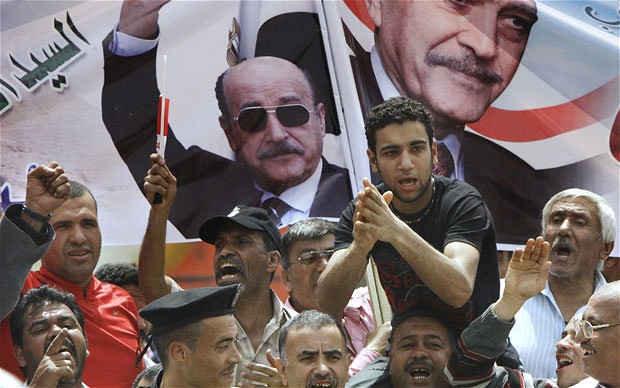 Omar Suleiman, the former intelligence chief and vice-president of Hosni Mubarak, has entered the presidential race in Egypt to challenge the Muslim brotherhood candidate Khairat Shater.
Suleiman, 75, is a retired general. His candidacy is backed by the military establishment and the Egyptians increasingly unhappy over the deteriorating socioeconomic situation and security in the country amid fears of rising power of the Islamists.
According to press reports, Suleiman managed to collect more than 100,000 signatures, four times the number of endorsements required to run for the presidential election scheduled for May 23-24.
Suleiman is one the most powerful figures in Egypt. He knows all the secrets of Egyptian officials and politicians as well as the country’s friends and foes.
He is described by supporters as the “right man” with the needed experience to spare the country more political turmoil, while his opponents say he is one of the symbols of “the old regime”, accused of human rights of abuses committed during the popular revolt.