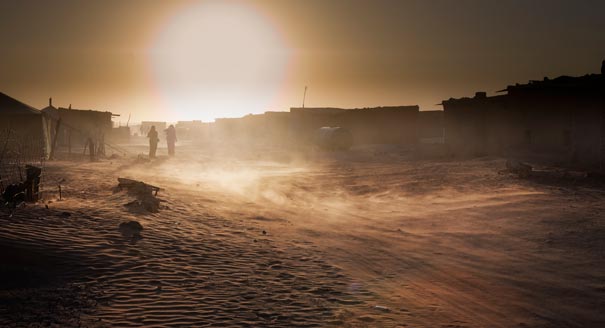 The Autonomy Plan and the Moroccan new constitution are the real steps for a lasting solution for the Western Sahara conflict, revealed a report by the American think tank Carnegie Endowment. The report also appealed various parties in the region to meet international calls for a reasonable and realistic solution stating Javier Perez de Cuellar: “reasonable solution under which the Western Sahara would be integrated as an autonomous region in the Moroccan state would have spared many lives and a great deal of money.”
Peter Van Walsum’s courageous verdict was also underscored within the report to nail the political position of Polisario, backed by Algeria as “an unrealistic option,”
Also the Carnegie Endowment report criticized Polisario and Algeria positions’ using the refugees, in Tindouf, as a card in order to maintain the Status Quo in the region although internal defections within Polisario leaders and “misery of the Tindouf camps would ultimately prompt Sahrawis to desert the Polisario and its corrupt rule”.
The report quoted a former Polisario leader and founder who fled “the authoritarianism of Polisario leader Mohamed Abdelaziz and his protectors in Algeria” and now Moroccan ambassador to Spain: “The Sahrawi Polisario is dead, only the Algerian Polisario remains.”
Finally, the report did not miss the chance to hammer the Polisario human right abuses by warning about the situation of Mustapha Salma Ould Sidi Mouloud who “publicly endorsed Morocco’s proposal to grant autonomy to Western Sahara in August 2010. That statement led to his imprisonment and then expulsion from the camps.”