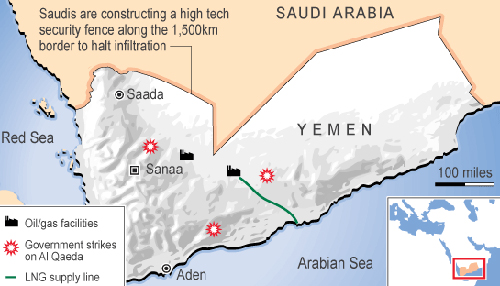 French energy producer & provider company Total has acquired a 40 pc stake in an exploration license in Yemen from Oil Search, Papua New Guinea oil and gas Company, for around $40 million.
“With this new acquisition, Total is pursuing its strategy of expanding its exploration and production activities in Yemen”, said Arnaud Breuillac, Total’s senior vice-president for the Middle East exploration & production.
Total is present in Yemen since 1987 and its local production has grown to 86,000 barrels of oil equivalent per day in 2011. The Group holds producing assets in the country’s two main oil basins, as operator of East Shabwa Block 10 in the Masila Basin with a 28.57 pc interest and as a partner with a 15 pc stake in Jannah Block 5 in the Marib Basin.
In addition, Total participates in onshore exploration licenses and is also the main shareholder (39.62 pc) in Yemen LNG, which operates a liquefaction plant in Balhaf, on the southern coast. The plant, which started production in 2009, has a nominal capacity of 6.7 million metric tons of liquefied natural gas (LNG) per year.