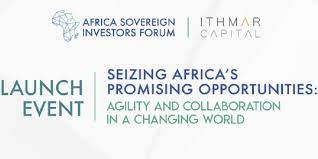 In a message addressed Monday to the conference of Africa Sovereign Investors Forum “ASIF” convened in Rabat, the Monarch said sovereign wealth and strategic investment funds are powerful indicators of opportunities and are a stimulus for a better allocation of capital to sectors that create economic value and have a high social impact.

“The sovereign and strategic funds you represent have a mission to act as wise and patient investors, ensuring the link between long-term national priorities and private investors, within the framework of a partnership-based, sustainable development-oriented approach,” he pointed out in the message that was read out by Minister Delegate in charge of the Budget, Faouzi Lekjaa.

“This is all the more crucial when it comes to ensuring Africa’s integration into the international private financial system, notably by enhancing and strengthening skills to bring them up to the best international standards. This would make Africa an attractive destination for investors and investments,” pointed out the Sovereign, who welcomed the support given to the Forum by some sovereign funds in Gulf sisterly nations through the Rabat Declaration.

The declaration shows the Kingdom’s efforts to strengthen dialogue and cooperation between Africa and other parts of the world.

“Africa today has unparalleled opportunities, particularly in the green economy, the blue economy and the digital sector”, said the King, urging the continent to “keep up its efforts to rise to the myriad challenges relating to its food and health sovereignty, its infrastructure needs and the development of its natural resources and wealth.”

“I am convinced the challenges faced in many areas are, in fact, opportunities which can help us make quantum leaps in development. These opportunities have been made possible by many advances, particularly in agricultural productivity, access to information, digital banking, healthcare and distance learning”, stressed the King.

Despite the efforts made on the continent in terms of the reforms that several countries have introduced, access to capital remains limited and mainly dominated by financing from development agencies and banks, said the royal message, urging Africa to assert itself, take its destiny into its own hands and hold its rightful place on the global stage.

Africa will constitute a market of more than 1.2 billion people, with a combined GDP of more than 3,400 billion dollars when the African Continental Free Trade Area becomes operational, said the Moroccan King, stressing that sovereign and strategic funds should act as wise and patient investors, ensuring the link between long-term national priorities and private investors, within the framework of a partnership-based, sustainable development-oriented approach.

This is all the more crucial when it comes to ensuring Africa’s integration into the international private financial system, notably by enhancing and strengthening skills to bring them up to the best international standards, said the Monarch, noting that this would make Africa an attractive destination for investors and investments.

Morocco has been working tirelessly for a long time to promote the interests of the continent as well as its economic development, affirmed the King, saying: “we have always sought to consolidate the bonds of brotherhood and solidarity between our peoples and made economic cooperation one of Morocco’s priorities, as evidenced by the numerous visits I have paid to several African sister nations.”

He also said that “opting for Africa is a choice that flows from the heart and the mind. It is a clear, proactive choice confirmed by my engagement in numerous initiatives that boost and promote inter-African cooperation and economic development. Our choice is to make investment a driving force for economic and social development, as well as for regional and continental integration in Africa”.

He cited in this regard, the inclusive, partnership-based approaches in which Morocco has engaged in order to rise to numerous current and future challenges as well as the projects for the establishment of vaccine production units and the construction of fertilizer production plants, which are aimed at ensuring the continent’s health and food sovereignty.

There is also the work undertaken to accelerate the continent’s financial inclusion, as well as the projects aimed at reinforcing Africa’s energy sovereignty, such as the mega gas pipeline project between Nigeria and Morocco, said the royal message.

Given the multiplicity of major issues and challenges “we are facing today, we are called upon to do everything we can to accelerate proactive and concerted approaches to investment, in order to meet the legitimate aspirations of our peoples in a sustainable way”, underlined the King, saying that Morocco looks forward to “an Africa shaped by Africans, for Africans”.